BJP’s core agenda is development of both valley and hills, says Sambit Patra

The Congress had divided the valley and hills in Manipur for so many years by neglecting the hills, alleged the BJP national spokesperson. 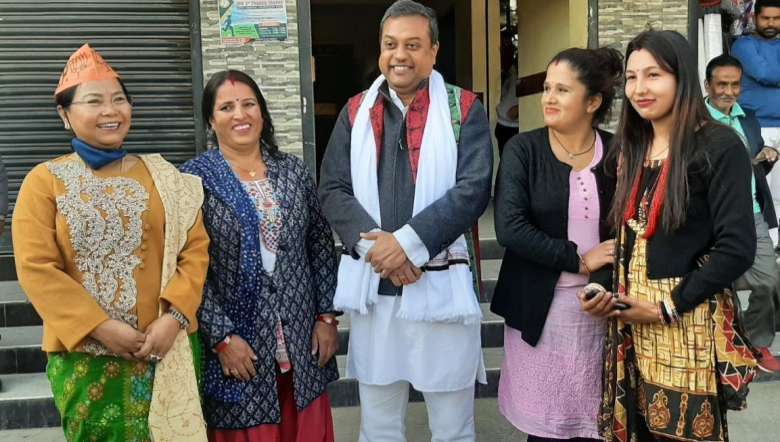 ‘Sab Ka Saath, Sab Ka Vikas, Sab Ka Vishwas’ being the vision of our Prime Minister Narendra Modi, BJP’s core agenda in Manipur is to bring equal development both in the valley and hills,” asserted BJP national spokesperson and in-charge of north-east, Sambit Patra while addressing the congregate at Kangpokpi district headquarters during his maiden visit on Tuesday.

While alleging the past Congress-led government for neglecting the hill regions, the BJP national spokesperson questioned why there was no proper road, no hospitals, no schools, no development and no money for the development in the hills. He further alleged that with its mischievous agenda of ‘Divide and Rule’ policy, the Congress had divided the valley and hills in Manipur for so many years by neglecting the hills. However, BJP wants to unite the valley and the hills and bring equal development, he added.

Earlier, Patra and his team were accorded a warm welcome at Keithelmanbi, Kalapahar and at various other locations on their way towards Kangpokpi DHQs. Later, they were warmly welcomed by the local bodies under the aegis of Kangpokpi Town Committee, District BJP leaders, CVO leaders and others at Kangpokpi.

Before various meetings at the conference hall of ADC Sadar Hills, Patra had a brief meeting with intellectuals, social activists and local leaders after a greeting ceremony and presentation led by BJP Sadar Hills president, Thangjamang Kipgen. He then had a meeting with district in-charge, district office bearers, Morcha presidents and general secretaries, state party leaders of the concerned districts.

Later, Patra and his team visited the ‘Nute Kailhang’ and Kangpokpi bazaar and interacted with the people, shopkeepers and other locals.