How Manipur celebrated Republic Day 2021 amid boycott and shutdown

Militant groups in Manipur had called for total shutdown all across the state on January 26.

Despite the shutdown call by several militant groups, the 72nd Republic Day was celebrated in different parts of Manipur on Tuesday. Government function was held in all the districts with unfurling of the Tri-colour flag, awards presentation and parades.

In the state capital Imphal, the Republic Day function was held inside the Kangla. Chief Minister N Biren Singh along with Governor Najma Heptulla and other state leaders attended the celebration function. 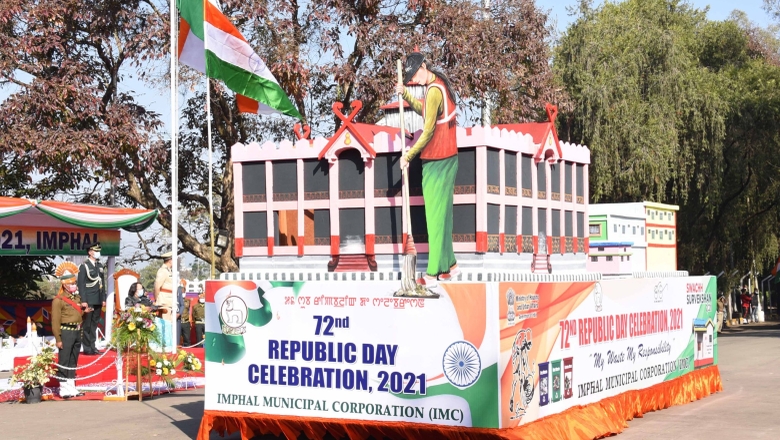 Addressing the state on the occasion, Chief Minister Biren urged all citizens to faithfully discharge their duties as citizens of the country.

In Thoubal, the Republic Day function was held at Mini Secretariat complex. 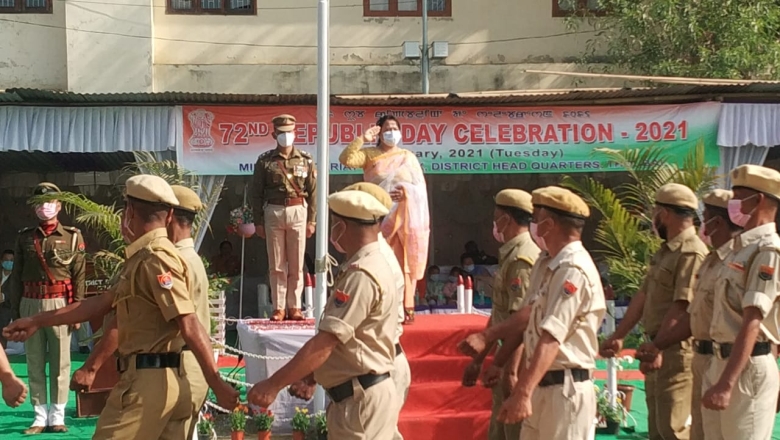 Nine contingents of civil police, homeguard and band party carried out the Republic Day parade. Later, certificates of honour were presented. About 600 attendance, including SP Thoubal district Dr Ibomcha and other district level police and civil  officers, officials and invitees witnessed the occasion. 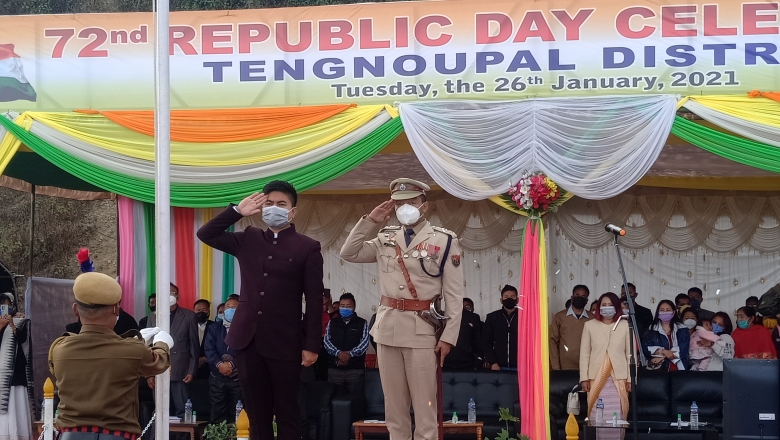 Addressing the event as chief guest, Rajkumar said, "We should fulfill the commitment made by our nation to rise in momentum. District administration is keeping commitment to keep functional of all the departments in the district. As a newly formed district, it still lacks infrastructures. Road, highways are developed because of the hard work of concerned departments and support by the public. Sixty per cent are rural in our country, the rural development program, MGNREGS are implemented in the district. Regarding the Covid pandemic, the district administration is fighting timely to control the spread of the disease. Rumours should be stopped against Covid vaccination".

Presentation of appreciation certificates to the dedicated staff and red blanket to the chief and chairman of various villages marked the programme. Two contingents of Tengnoupal District Police and a band party contingent from 20 AR took out the march pass. M. Amit, MPS- ASP(ops) Moreh was the parade commander.

In Tamenglong, the celebration was held at Haipou Jadonang Park Tamenglong district headquarter. Due to the pandemic covid-19 the district administration. Deputy Commissioner Tamenglong Armstrong Pame unfurled the Tri-colour flag and took the national salute. 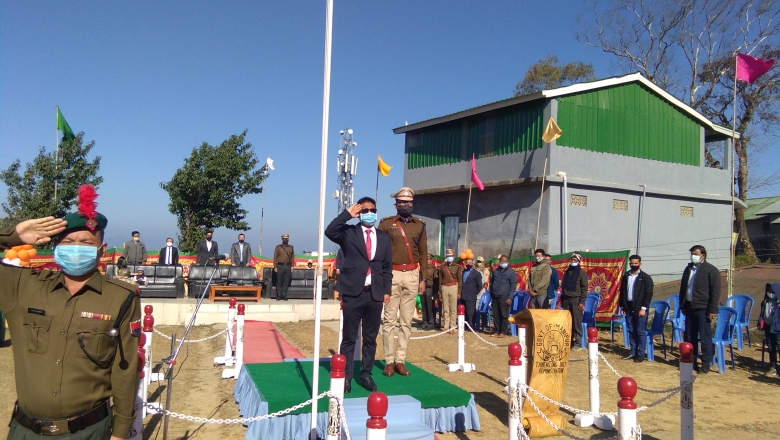 As many as 44 credentials awards were given out to deserving government employees by the district administration Tamenglong.

Speaking as chief guest, Armstrong Pame informed that the Chief Minister of Manipur CM Biren and his cabinet ministers would be visiting Tamenglong on January 29 to take stock of the development projects in the district. He appealed to all to come and attend the meeting at the mini secretariat complex at Farmland.

He also said that Tamenglong-Tousem-Halflong road has been approved and e-tender of NHIDCL would be open on February 2.  He said that when the road is ci structured, the economy and lifestyle of Tamenglong would be changed.

He appealed to all to stop using "Tamenglong district as the most backward district". He said that after seeing development projects taking up in the district, the district is no longer the "most backward" district. 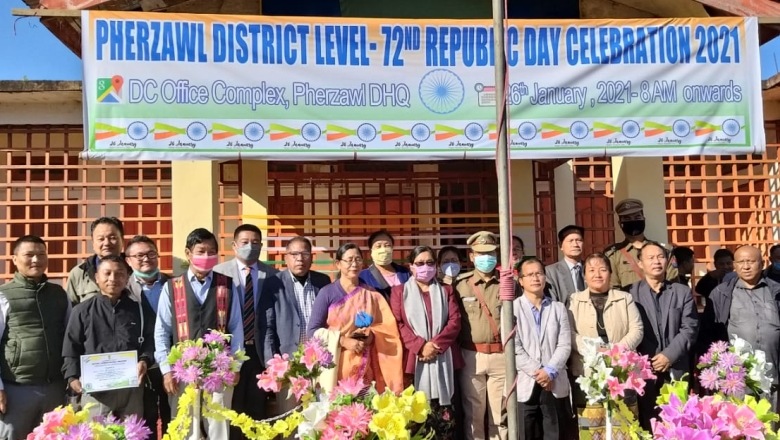 Presentation of colourful cultural items, presentation of awards and citations to outstanding government employees, social workers and youth clubs marked the occasion apart. Special award for BBBP with a cash prize of Rs. 5000 was presented to Nienglawmkim for scoring the highest mark in HSLC Examination under Government School. 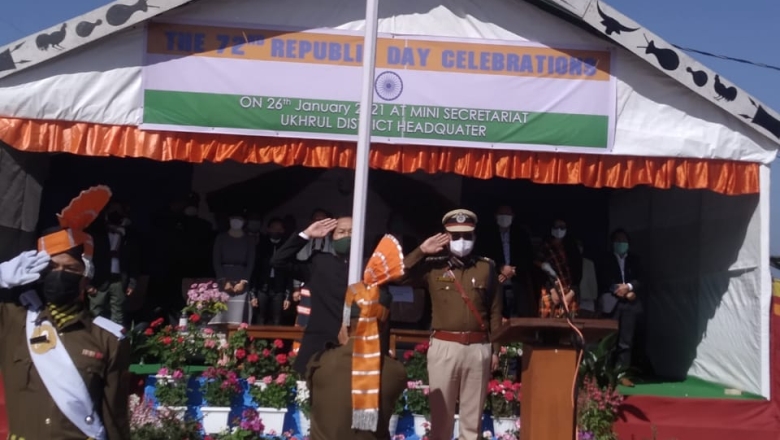 Addressing the event as chief guest, Kamson said that every effort is being made "to bring local and economic well-being to the people" by supervising the implementation of various flagship programmes in the district.

Kamson lauded the efforts put in by the populace and the district police under SP Worngam Ningshen in maintaining peace and harmony in the district amid tough challenges.

The deputy commissioner also lauded the health care workers saying that the district had a tough time looking after 9,635 returnees.

"However, due to the resilient efforts of health care workers and concerned stakeholders, Ukhrul continued to remain as one of the districts with the lowest positivity rate in the state, and is a better district in following Covid Appropriate Behaviour," Kamson said.

The deputy commissioner further said that the district has strived hard to generate 59.09 average days for MGNREGS job card holders till date which is among the highest in the state, and has successfully created liabilities with expenditures of Rs.41,23,92,213/- for the year 2020-2021.

Under PMAY-G,1297 rural houses have been constructed, and another 1506 houses will be constructed this financial year at a unit cost of Rs.1,30,000/- per beneficiary, he added.

As part of the celebration, cultural troupe from Kasomtang Ukhrul enthralled the spectators with their rhythmic cultural display. A musical display by a talented young lady and group of youths marked the Republic Day celebration in Ukhrul. 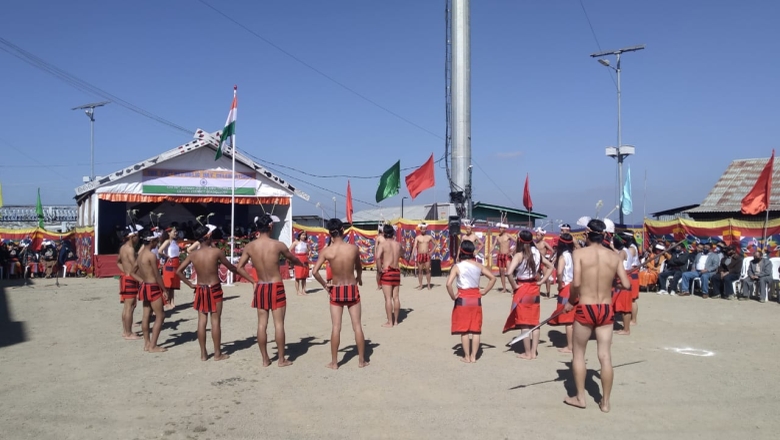 Militant groups in Manipur, including CORCOM, ASUK and UPRFM, had called for total shutdown all across the state on January 26 in opposition to the celebration of India's Republic Day.