Dignity is the sole monopoly of the privileged lot only! 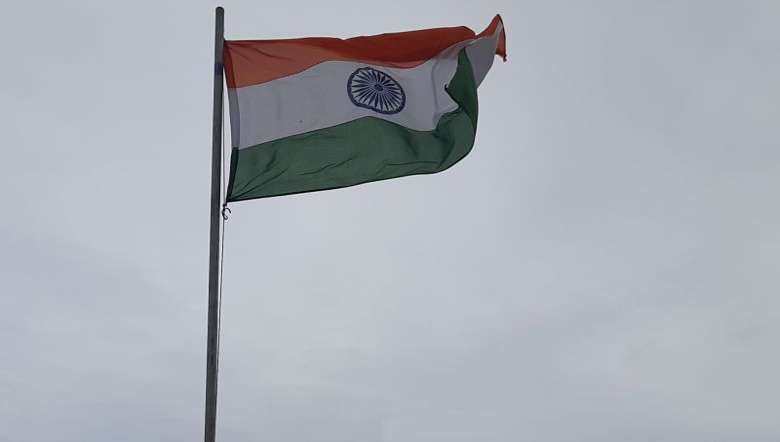 Oh, it is 26th of January! What an opportunity to have a sound sleep or relishing lunch, be it indoors or outdoors! Engagement in picnic or visit to a mall-multiplex will also do!

And of course Republic Day Parade! Visit to the venue or viewing it live on TV remains a must do! We should also have to take pride of our forces by watching the show of arms and acrobatics on air! Also another opportunity to feel “nationalist” by watching fluttering of the tricolor and singing the national anthem! And also don’t forget to beat up or take the “anti-nationalist” to Court if he/she displays the audacity of “dishonoring” the flag by flying it in the “wrong” way inadvertently or fails to stand up when the song is in full flow!

May I dare to ask these “nationalists” what is the significance of 26th January! Well it is Republic Day and it honours the date on which the Indian Constitution came into effect! Now may I ask whether they have gone through the words inscribed in the Preamble/Fundamental Duties in our revered Constitution? And even if they have gone through it, do they ponder a bit whether those noble words and ideas have indeed been translated into action by us in our everyday life?

Now let’s have a look at those solemn words/ideas and wonder how we have practical implemented it in the society!

Socialist: By displaying extreme allergy to the subsidies extended to the poor; that too by remaining blind to the Himalayan incentives, tax breaks and concessions gifted to the corporates, industrialists and richest of the rich! By offering more and more bank loans worth billion to those fat cats who do not care to repay it; yet threatening and insulting the hapless farmers(failing to pay just a few instalments due to loss of crops) to such an extent that they find no other option but to commit suicide!

Secular: By zealously demanding "Hindu Rashtra" tag for this multi-religious secular democratic heterogeneous nation and infringing upon the dietary rights of certain communities!

Social justice: Demanding bail for the rich (accused of severe crime) by invoking the theory of "Innocent till proved guilty"; but hardly caring for the plight of the poorest of poor languishing in dungeon-like jails for decades on the accusation of say stealing a goat!

Economic justice: By compelling the helpless lowly work force to labour for more than scheduled hours in many glamorous industries without paying extra wages and not allowing more than 5 minutes of toilet break during the entire duty hours! Else a hefty fine and pay cut, thereby leading to severe kidney-related problems due to intake of minimal water or resisting the urge of responding to call of nature!

Equality of status: Three persons convicted of same crime and sentenced to imprisonment. But set of privileges and facilities extended to them in jail will depend upon the respective "class" or “social status” of the convicts!

Same picture in defamation case also. X, Y and Z might feel insulted and go to the Court.  All three might win the case also. But compensation amount will get decided after careful consideration of the “social status” which the aggrieved persons enjoy!

Equality of opportunity: Who are those hapless kids toiling in road side stalls and hazardous industries when their fortunate peers are having a ball in school and games field? While the latter will grow up as doctors or engineers earning the epithet of “talented” or “brilliant”; the former or the “not intelligent enough” lot will act as drivers or orderly peons! No never should we question whether the former and latter received equal opportunity to prove themselves!

Assuring dignity of the individual: Overheard in a Bank the other day how a managerial level official admonishing a security staff  ---- "You should not have misbehaved with that person. He is after all our privileged customer"! Yes, all might be customers of that bank, but some are definitely "privileged"  and deserve absolute good behaviour! If misbehaviour needs to be done, let it be directed towards the non-privileged customers only! After all dignity is the sole monopoly of the privileged lot only!

Lastly, what does Article 51A of the Indian Constitution expects from us? Nothing but “encouragement of scientific temper and spirit of inquiry among the citizens”. Yet what do we have to hear from the Who’s Who of the polity? Ganesh and Karna bearing proof of plastic surgery and test tube baby technology practiced in “scientifically progressive” ancient India! Lord Rama's arrows were actually "missiles"! Charles Darwin was wrong as there had been no evolution and peahens reproduce without sex(rather by drinking tears of peacocks)!

Snore, dine, drink, dance, sing, immerse in "patriotism" and enjoy the Republic Day in whatever mode possible ---- but along with it, will we sincerely introspect a bit and ask ourselves whether we have indeed delivered justice to the noble and solemn words as inscribed in our respected revered Constitution?