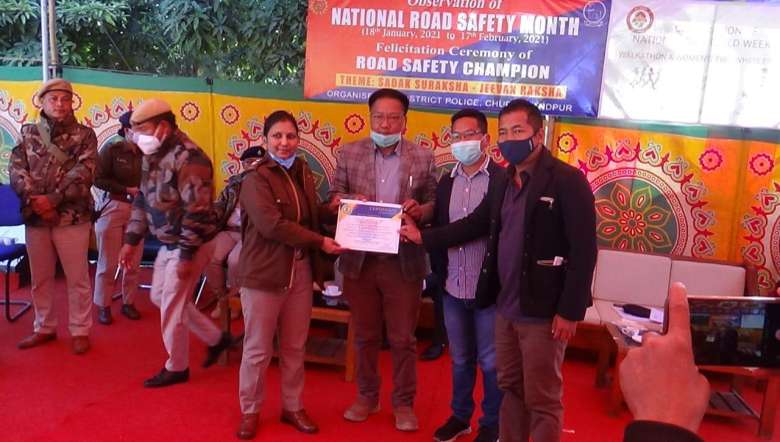 It was attended by the SP and her subordinate as well as officials from the district administration, medical department and leaders of CVOs.

OC of  TCP, Churachandpur, James Vaiphei while reporting of their work said that since last year they took 6,653 challans from rule breakers and collected fines of Rs 18,04,700, out of which 50 percent was submitted through DDO account of state road safety fund and another 50 percent to the head clerk to SP of Churachandpur. He continued that more than 122 modified cylinders were seized and destroyed with more drive to follow with 32 cases presently in their hand. Moreover, 28 foreign illegal bikes, commonly known as Kenbo bike, were seized and handed out to Custom Preventive Force, Churachandpur, he added.

During the programme, medical workers who had been giving medical help to the road accident victims led by CMO, Dr VC Pau Tonsing, the leaders of different philanthropic organisations and the traffic police, were felicitated as 'Road Safety Champions’.