Mizoram joined the nation in observing the National Voters’ Day on Monday.

As Mizoram joined the nation in observing the National Voters’ Day on Monday, Mizoram chief secretary Lalnunmawia Chuaungo called on all voters to exercise their franchise to be a part of the nation-building process, reminding the citizens that every vote counts.

"Unlike other countries where universal adult franchise was a long struggle, the Constitution of India guaranteed citizens the right to vote as soon as the country became a republic. This is a hallmark of Indian democracy," the chief secretary said.

The chief secretary handed over EPICs to 10 newly enrolled young voters to mark the observation of NVD 2021. 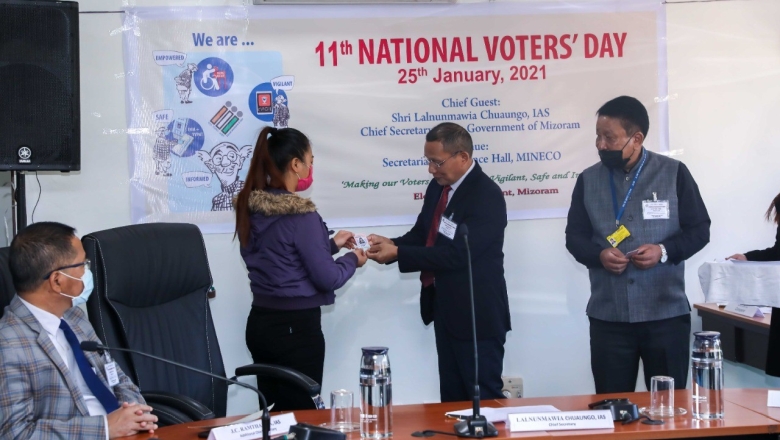 The National Voters' Day was also celebrated for the 11th time in Mamit District at the Conference Hall of DC office.

A National Voters' Day pledge was recited by all the individuals present at the venue to mark the event and new EPIC cards were distributed to the new electorates of the district.