The case of runaway boundary pillars

IFP Editorial: There are numerous reasons for seeking continuation of border fencing at the undisputed stretches of Indo-Myanmar border. 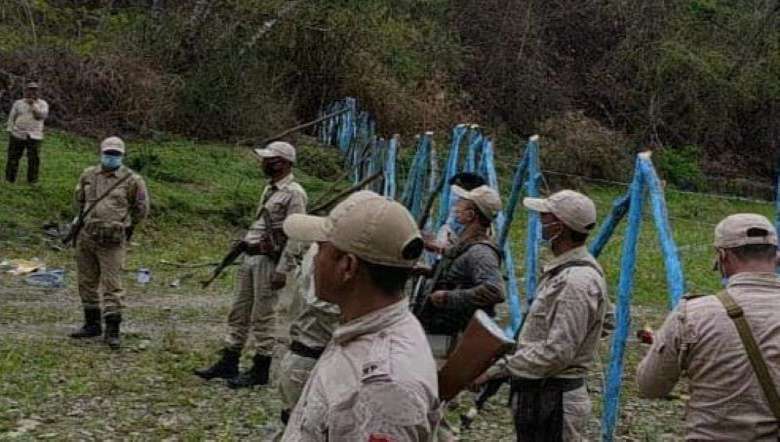 Manipur Chief Minister N Biren Singh recently raised the issue of border disputes on the Indo-Myanmar international border at the North Eastern Council (NEC) meeting at Shillong while urging the central government to fence the undisputed stretch of Indo-Myanmar border to control smuggling, drug trafficking, human trafficking, arms smuggling, illegal immigration, etc. Well, there are numerous reasons for seeking continuation of border fencing at undisputed stretches as mentioned above although the aspect of insurgent movement and activities along the border was conspicuously absent from the speech. Also, the all-important issue of frequent border incursions by Myanmar villagers backed by their authorities along the Manipur sector of the international border was missing from the discourse. Cases of missing boundary pillars or shifting of the pillars has been happening now and then since Manipur’s merger with the Indian Union.

Boundary has been an emotive issue with the Manipuris with it losing the Kabaw valley, a 22,210 sq kms large area to Burma (now Myanmar) through the Treaty of Yandaboo. After annexing Manipur, the British had leased Kabo Valley to the Burmese after at that time in lieu of sicca rupees 500 monthly as compensation to the king of Manipur. The loss of Kabaw valley through the machinations of the British rulers shocked Maharaj Gambhir to such an extent that he died soon after. After the Indian Independence in 1947, as the then Home Minister Sardar Vallabhbhai Patel began a process of bringing princely states within the fold of Indian Union, Manipur was in his radar because of its ‘strategic location.’ Thus, Manipur became a part of India in 1949 and thereafter the monthly compensation for Kabaw valley was done away with. Then on 13th January 1954, Prime Minister Jawaharlal Nehru finally handed over the rights of this land to the Burmese. Herein lies the irony. The Indian establishment cares only for the state of Manipur, but not its territories. In 2013, the Minister of State for External Affairs denied in Parliament about any existing boundary dispute between India and Myanmar. The minister however said, there are nine unresolved Boundary Pillars (BP) along the India-Myanmar Border in Manipur sector. The two sides hold regular dialogue on issues related with boundary demarcation and border management, through institutionalised mechanisms, such as Foreign Office Consultations, National Level Meetings (NLM) and Sectoral Level Meetings (SLM). Meetings are also held at the level of the Heads of Survey Department and Director (Survey), where issues related to boundary demarcation, joint survey, inspection and maintenance of boundary pillars are, inter alia, discussed. That was in 2013 and the same lackadaisical attitude on the part of the Indian government is still there regarding the Manipur sector on the Indo-Myanmar border.

A controversy once erupted in late 2017 against border fencing work at the India-Myanmar border on grounds that the fence was being constructed deep inside Indian Territory near Boundary pillar No 81. Following widespread protests by civil society organisations, a Central Team came and conducted site inspection of the BPs near Moreh, Manipur, along with representatives of the Manipur Government and the political parties. The External Affairs Ministry once again came out with a statement that this sector of the international boundary is settled and there is no confusion as to its alignment and that only the “construction of subsidiary pillars in between already settled main boundary pillars 81 and 82 along zero line” has taken place. The decision to build the subsidiary pillars was taken during a meeting between Indian and Myanmarese officials in Myanamar’s Tamu in October 2017. Now, another case of runaway boundary pillar has been reported in Kamjong district near K Ashang Khullen Aze village. So, before any work on border fencing begins, all the boundary disputes with Myanmar needs to be resolved.