The students' union alleged that former principal A Surenjit Singh had misused college funds during 2019-2020 which resulted in zero development of the college. 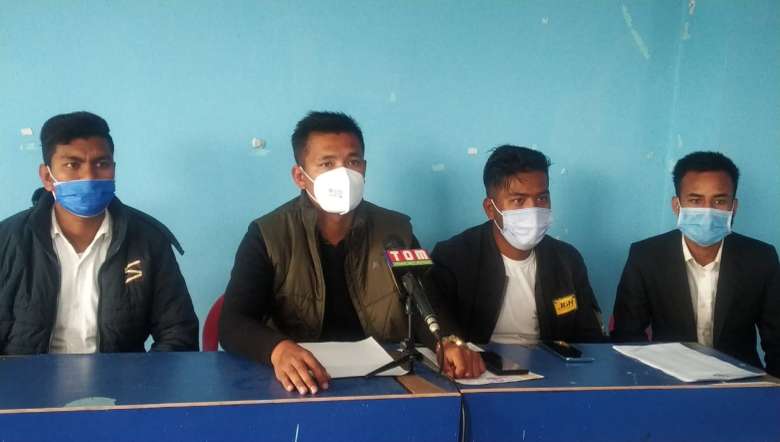 Lilong Haoreibi College Students’ Union (2019-2020) on Saturday appealed to the authority concerned to take action against its former principal for alleged misappropriation of college funds during 2019-2020.

Former principal A Surenjit Singh had misused college funds during 2019-2020 which resulted in zero development of the college, finance secretary of the union Md Sadam Khan alleged while speaking in a press conference held at Manipur Press Club.

After a series of agitations launched by the students' union, the government had formed an enquiry committee to investigate the matter. But unfortunately, no action has been taken up till date except transferring him to another college, the finance secretary said.

Khan alleged that the college could not take any developmental works even during the current session due to misappropriation of funds by the principal. As such, the union felt the need to recover the misused money and recovering of misappropriated funds have been practiced before, he said. In regards to the issue at hand, the state government should take up stringent action against the principal, he added.

Condemning the state government for allegedly delaying the process of punishing the principal, he said that the union had urged the authority concerned in this regard but did not get any positive response.

"We were told that the matter was handed over to vigilance. We feel that the state government is not taking any interest in the case, considering how it is acting irresponsibly towards the issue," the finance secretary said.

However, the union expects that the vigilance will carry out the investigation process as soon as possible without keeping any bias to anyone as the pandemic situation has also improved, he said while appealing to the authority concerned to fulfil their demands without further delay.