Most painters tend to give up their painting career midway as the worth of their work is not known or valued by the people in the state, Satyabrata said. 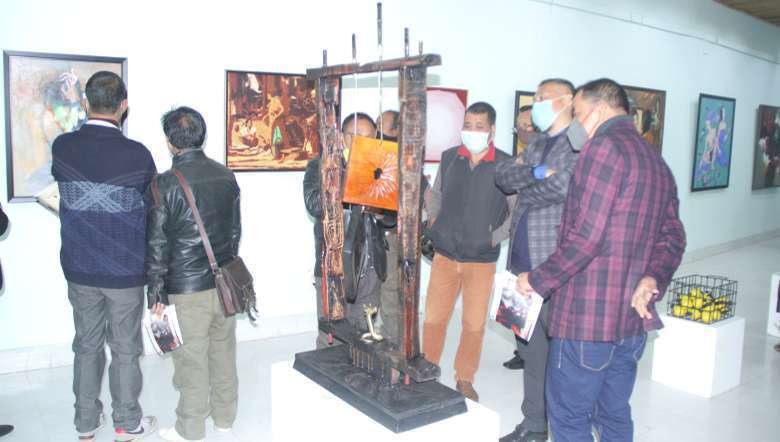 Rich in traditions and cultural heritage, Manipur is well known for its unique and exquisite art forms apart from its scenic beauty. And the various art forms, be it performing arts or visual arts and traditional art works, form an important part of the rich culture and way of life of the diverse communities and inhabitants of the place. Promotion of the various art forms helps in conservation and preservation of ancient traditions and different cultures unique to the region. However, local artists face challenges as their works, especially in visual arts, have not received due attention or recognition by the government, award-winning artist Hijam Satyabrata Singh told the Imphal Free Press.

“Artworks are the most neglected form of art in the state,” Satyabrata said, speaking exclusively to the Imphal Free Press at the 40th Annual State Exhibition of Art in Imphal organised by the Manipur State Kala Akademi (MSKA).

Satyabrata’s award-winning painting of 2016-2017 entitled ‘Arrangement in Red and Black II’ is being displayed among the 39 artworks by 33 artists showcased at the five-day exhibition inaugurated on Wednesday by Commissioner, Art and Culture, M Joy Singh. 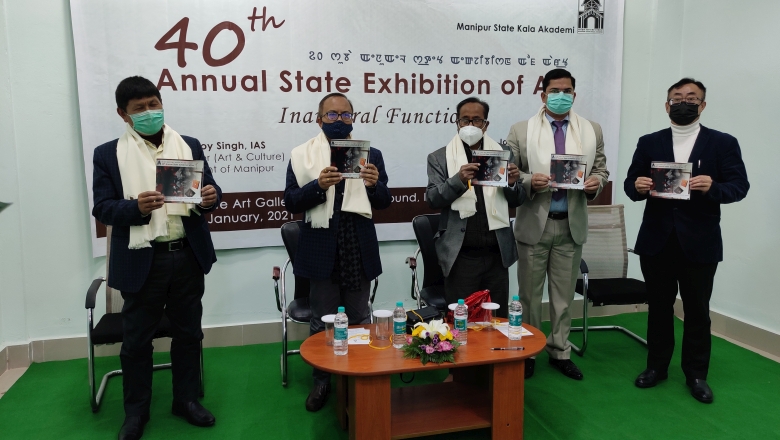 The MSKA awardee told IFP that receiving the award was a great privilege as his works are being recognised and appreciated. The state government has started giving attention to local artworks, but visual artists continue to suffer and face challenges due to lack of appreciation and recognition from the government, the artist said.

“The Manipur government has started giving attention in promotion and preservation of most of the performing arts. It is a good step. However, artists in visual arts are still facing a lot of challenges due to lack of attention from authorities concerned,” he said.

Most painters tend to give up their painting career midway as the worth of their work is not known or valued by the people in the state, Satyabrata said.

“The people of the state hardly realise the worth and value of painting. As such, painters are compelled to give up their career for not being able to earn enough and afford their basic needs,” he said.

Expressing the plight of local artists in the state, Satyabrata, who had also received the MK Priyabrata Memorial Award and the Jandhabi Devi Memorial Award, drew attention of the state government to take up some initiatives for the welfare of the artists who are into artworks.

The artists also urged for creating awareness on the significance of visual arts particularly painting and sculpture to the people on a large scale.

The artwork of another MSKA award winner for the year 2016-2017, Thokchom Ibotombi Meitei, a sculpture entitled ‘A-mam A-ngal’ is also displayed at the art show.

The artworks that are being displayed at the annual exhibition are some of the “strong mediums” that can tell or convey much information, Singh said while addressing the inaugural event as function chief guest.

“The artworks showcased at the exhibition reflect the socio, cultural and political conditions of the state,” he said.

Encouraging artists to use their artistic skills to create a better world, Singh said art can transform a society.

“Everyone wants to bring positive changes in society. Like everyone is responsible for bringing positive change in the society, the role of artists is also very important. Producing impactful artworks by the artists can transform a society,” Singh added.

The five-day annual state art exhibition of paintings, sculptures and other forms of art will run till January 24.