Healing is Beautiful: Directors of 'June' at IFFI Goa

June, directed by Suhrud Godbole and Vaibhav Khisti was screened at the Indian Panorama Feature Film section of the 51st edition of IFFI. 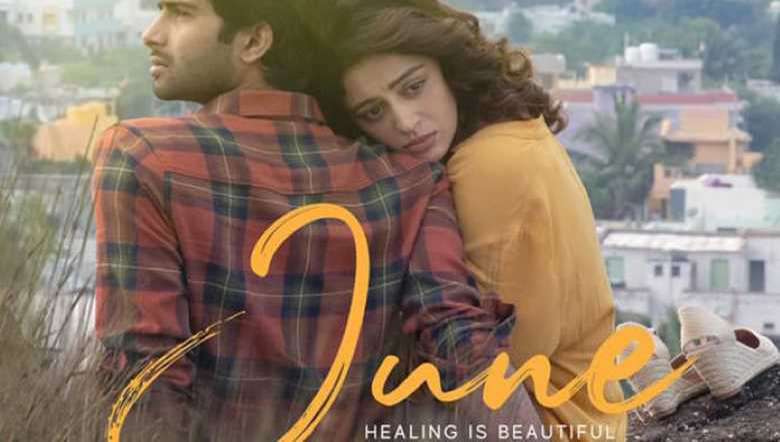 The makers of the Marathi film Junedropped the above message while addressing the media at theInternational Film Festival of India (IFFI) being held in Goa on Wednesday.

June, directed by Suhrud Godbole and Vaibhav Khisti was screened at the Indian Panorama Feature Film section of the 51st edition of IFFI, the Union Information and Broadcasting Ministry said in a release.

Highlighting the importance of communication and the need of conversations, director Godbole said: "Human to human contact is more necessary than ever. Our film talks about people having conversations again. Many a time, we don't know whom to speak with, how to share what we are feeling. In a world where we individuals have become islands, all of us needs someone in our life. Our attempt was to make a film very relatable to today's generation and circumstances.”

Stressing on the tag line of the film ‘Healing is Beautiful’, Godbole said that that there are many angles to it.

“We need to seek out for help and healing, often, we remain in a zone of self-pity and destruction. Do not be afraid to let go of your guilt and inner demons and let the healing process start. It can make you feel better, but you have to let the process to happen,” he said.

The directors said they wanted to convey lots of things through the film, which cast include Nehha Pendse Bayas, Siddharth Menon, Resham Shrivardhan, Kiran Karmarkar, Nitin Divekar and Saurabh Pachauri.

“Through June, we have tried to speak about a seldom-touched topic. There are lots of things we want to say through the film,” Vaibhav Khisti said.

When asked about the IFFI experience, he added: "We are happy to see the film on a big screen. Especially after the pandemic, we never knew what would happen. To come here and see it on a big screen with the IFFI audience has been the highlight. Thanks to the IFFI committee for selecting our film."

Praising the IFFI organisers for infusing energy into a festival being held amid the pandemic, Suhrud Godbole said: "Creating this energy at IFFI is really commendable."

Interacting with the media, lead actor Siddharth Menon said, "Every second was very pleasurable, and taking on a difficult role is what I like. The script came from a very intense personal space. There was something about the script that consumed me and everyone on the team, and things just moved from there."

Nikhil Mahajan, writer of the film, spoke about the challenge in making meaningful films in the industry.

“What we are trying to do is to make meaningful cinema commercially accessible,” he said.

Set against a realistic backdrop of small-town India, the film June addresses themes seldom touched in Indian cinema. It paints a moving portrait of a troubled boy Neel, who is haunted by guilt by an action that is defining his entire existence, and a mysterious woman Neha, who enters his life to heal him and in many ways, heal herself too, the makers said.

After three long years, a feature film and a non-feature film from Manipur were also selected for Indian Panorama of the 51st International Film Festival of India.

The 51st edition of IFFI Goa which began on January 16 will bring curtains down on January 24.

Charlie and the Chocolate Factory prequel 'Wonka' set for 2023 release