A home for the holidays

IFP Editorial: While government ministers and experts shout from the mountain-top that the practice of jhum is leading to land degradation and soil erosion, nothing much have been done on the ground. 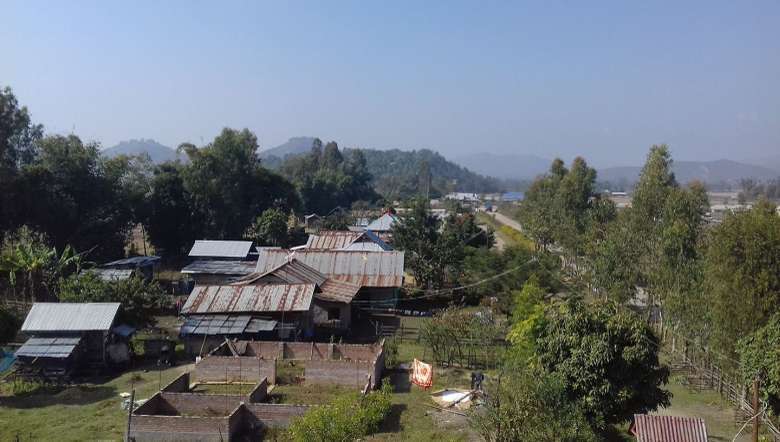 The indomitable Phungyar MLA and Hill Areas Committee Chairman Leishiyo Keishing is once again right to the point. He does not mince words and is always direct in his opinions. He said, jhum cultivation is no longer a reliable source of livelihood. People in his own village Nambashi still go for jhum cultivation, even as people in other hill areas across the state had switched over to terrace cultivation. Actually, the terraced slopes are not natural but man-made. Terracing the hill-slopes for growing crops is labour-intensive and it requires a committed community effort. The method has been employed effectively to maximize arable land area in variable terrains and to reduce soil erosion and water loss. While government ministers and experts shout from the mountain-top that the practice of jhum is leading to land degradation and soil erosion, nothing much have been done on the ground to convince the hill villagers from giving up the practice or giving a helping hand to encourage alternative agriculture methods except for a few pilot projects. Perhaps, the present land holding pattern in the hill areas is one important factor impeding the growth of sustainable practices of agriculture and horticulture activities. As a former engineer, the HAC Chairman should at least have an inkling of the cause and political leaders like him should be ones in the forefront pushing for land reforms and sustainable agriculture practices.

Another interesting point is his speech was about the desertion of their own native villages in search of opportunities elsewhere in Ukhrul or Imphal and lambasted the villagers for doing little for development of their own native villages. If a family gets rich or has some money, they would shift either to Ukhrul district headquarters or Imphal where they would build multi-stories buildings while their ancestral homes in decrepit condition. Only the poor and old are left behind to look after and toil in the ancestral lands and homes. Most time of the year, many hill villages are practically deserted and would often resemble ghost villages to occasional visitors. As chairman Leishiyo said, the natives only return to the village during Christmas or festivals or whenever there is unrest in Imphal. On such occasions, there is not enough space in the village ground for all the vehicles the natives bring. The MLA is talking about his own Nambashi village in remote Kamjong district. But, it is also true of most interior villages in the hills. Most of the young and educated move out of the villages to Imphal and beyond across the country in search of job opportunities, while the rich and the landed chose to seek comfortable life in cities and towns. They do not want to be stuck in the native villages with poor infrastructure and roads in dilapidated conditions.

This time, many of the young students studying outside and those employed elsewhere in the country had to come back to their native villages because of the Covid-19 pandemic. Once normalcy returns, the natives will go back to their colleges and places of employment, as there is little opportunity here. And once again, all would be quiet in the villages. However, the most important and interesting call of MLA Leishiyo is for the state government to come up a notification which prohibits sale of land to hill people in Imphal. Perhaps, he has stepped on the toes of the powerful tribal elite with such a comment. But, the desertion and utter neglect of ancestral village homes and lands by the rich natives is a home-truth. So much for the avowed love and fight for ancestral homes.