'Forest department, CVOs must work together to protect forest' 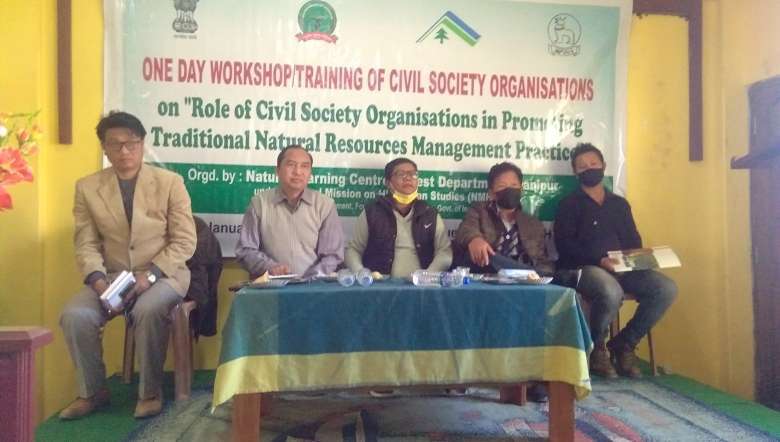 Hitler was speaking as chief guest at a one-way workshop on the role of civil bodies in promoting practices which promote management of natural resources at Tamenglong district headquarters.

"The traditional practice of jhuming cultivation followed by hill dwellers is understandable but if anyone wants to cut trees, the department concerned must be consulted. The forest areas where endangered animals inhabit should not be cut down," he stated.

Hitler also said that due to peoples' involvement in preserving and protecting Amur falcons, their meat is no longer found in the market.

The workshop was organised by Nature Learning Centre, Forest department, government of Manipur under National Mission on Himalayan studies, Ministry of Environment, Forest and Climate Change.

Wildlife warden Nehemiah Panmei said, "Our forefathers did not hunt during breeding season, and such kind of prohibition should be reintroduced in Tamenglong district to preserve and protect wildlife".

Panmei further said that due to excessive deforestation, spring water sources have dried up and the water in Barak River is also reducing.