Know the 10 Health Benefits of Millet: Old and young, everyone can have a cup of millet during any time of the day to enjoy its innumerable health benefits. 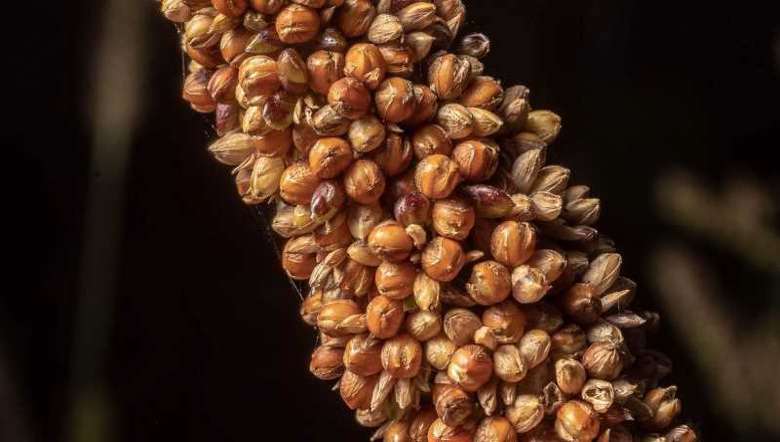 Millets are a group of highly variable small seeded grasses, widely grown around the world as cereal crops or grains for fodder and human food. Millets are important crops in semi-arid tropics of Asia and Africa (especially in India, Mali, Nigeria and Niger) with 97% of millet production in developing countries. The crop is favored due to its productivity and short growing season under dry, high-temperature conditions. Millets are indigenous to many parts of the world. The most widely grown millet is pearl millet which is an important crop in India and parts of Africa. Finger millet, Proso millet and foxtail millets are also important crop species.

Millets may have been consumed by humans for about 7,000 years and potentially had “a pivotal’ role in the rise of multi-crop agriculture and settled farming societies. Generally, millets are small-grained, annual, warm-weather cereals belonging to the grass family. They are highly tolerant of draught and other extreme weather conditions and have a similar nutrient content of other major cereals. The various species of millets were initially domesticated in different parts of the world, most notably, East Asia, South Asia, West Asia and East Africa. However the domesticated varieties have often spread beyond their initial area.

Specialized archaeologists called palaeothno-botanists, relying on the data such as the relative abundance of charred grains found in archaeological sites, hypothesize that the cultivation of millets was of greater prevalence in prehistory than rice, especially in northern China and Korea. Millets also formed important parts of pre-historic diet in Indian, Chinese Neolithic and Korean Mumum societies. In 2016, global production of millet was 284 million tons led by India with 36% of the World total. Niger also had significant production.

Earlier Millet was used as fodder for animal cultivation but slowly it started getting a wide recognition as a popular food grain across the globe. After a massive shift in the food culture, people started consuming only gluten-free products. Millet started getting its deserved attention after that vital shift and now it has slowly become a food staple like rice and wheat in most of the houses. Especially in India, people have slowly started including millet in their diets, from children to adults; everyone can have a cup of millet during any time of the day to enjoy its innumerable health benefits.

2. Healthy eyes: It is also an excellent source of beta-carotene. This natural pigment acts as both an antioxidant and as a precursor to vitamin A, helping your body fight off free radicals and supporting the health of your eyes.

4. Proper digestion: Millet is rich in dietary fiber, both soluble and insoluble. The insoluble fiber in millet is known as a “prebiotic” which means it support good bacteria in your digestive system. Fiber is great for your stomach; it will ensure that you have proper digestion and absorption of nutrients in the body due the bacteria in digestive system created by millet fiber.

6. Nourishes the body: Apart from being gluten-free, this whole grain is filled with an array of essential nutrients. It is very low in calories but extremely rich in magnesium, bioactive compounds, fiber as mentioned and other important minerals and vitamins.

7. Helps weight loss: Millets are a vital part of a well-balanced diet and moderate consumption of this whole grain is linked with effective weight loss. Processed foods or foods grains don’t contain a lot of nutrients. And on top of that processed items can caused more harm, whereas, this gluten-free grains is the powerhouse of various nutrients which is proven to aid in weight loss.  It contains a lot of fibers, proteins and vitamins which effectively can aid in shedding those extra inches. Including fiber-rich foods is really beneficial for people who want to shed those extra kilos as per experts and researchers.

8. Improves metabolism system: Millets are rich in phosphors; iron, calcium, zinc and potassium which are vital nutrients required for proper function of the human metabolism system. When you have well balanced diet, automatically you feel energized and amped up for burning fat.

10. Eliminates free radicals: Due to the presence of ample amount of antioxidants, it also aid in eliminating the free radicals from the body and keeping oxidative stress in control.

Thus it can be concluded that including this super nutrients food in your daily diet can amp up the health quotient. Therefore even if you are following gluten –free diet also, you can now effectively lose your extra weight by adding this nutritious food grain in your diet.