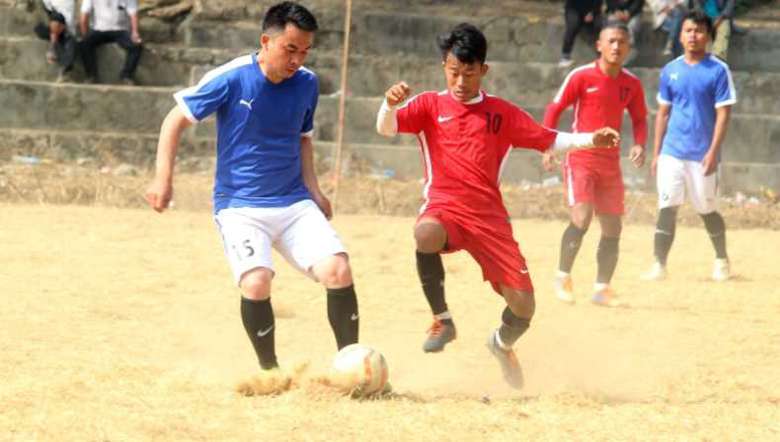 Ward No1 and Ward No4 had a good start in their respective campaign in the ongoing 17th Kanggui Inter Ward Tournament 2021 at Brig M Thomas Ground, Kangpokpi DHQs on Saturday.

In the second match, Laltinlen Haokip found an early lead for Ward No.4 in the 6th minute before Kaigouthang (22nd), Satgoulen (23rd) and Hengousei (41st) added one goal each to win over Ward No.5 and 6 by 4-0 goal margins.