NAB in the act

IFP Editorial: The involvement of NAB personnel in the January 10 incident of daylight robbery on the Imphal Airport road calls into question the conduct of personnel posted with the unit and the operational standards associated with it. 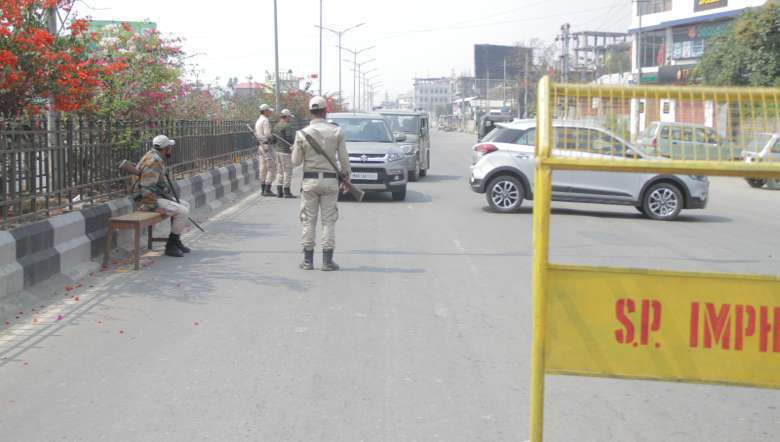 The daylight robbery of gold ornaments from a family on January 10 by police personnel in civvies is not an isolated event. During the days of fake encounter in the previous regime, such instances were plenty. There was a fear then among the public to carry large amounts of money on their person less they be accosted by police commandos and shot for the money. With the efforts of Extrajudicial Executions Victim Families Association Manipur (EEVFAM) and the Supreme Court coming down heavily against such fake encounters, it had stopped. Gone are the days when Commando Units were a prized posting and now police commandos are scurrying for cover and seeking other postings. Well, that is another story. This time, it is about the policemen who are staffing the Narcotics and Affairs of Border (in short, NAB) of Manipur Police and their exploits along with their failings.

Established in the financial year 1987-88, the Manipur Police special unit dealing with drugs and smuggling activities along the Indo-Myanmar border NAB shot into national limelight with the seizure of huge quantity of heroin drug and other psychotropic substances worth rupees 27 crores on June 19, 2018 and the involvement of former ADC Chairman and BJP leader Lhukhosei Zou alias Sesei Zou which is still in dispute. Lhukhosei Zou was acquitted on December 17, 2020 by the NDPS special court, which convicted two others. Despite conflicting claims and counter-claims of seriousness on the part of the previous and present governments as against drugs, this special unit has been performing its mandate however small or big the seizures be. The involvement of NAB personnel in the January 10 incident of daylight robbery on the Imphal Airport road calls into question the conduct of personnel posted with the unit and the operational standards associated with it.

The four police constables involved in the incident have since been sent to police custody till January 19. The four were arrested by the Singjamei police on January 13, 2021, after a complainant Nahendra Chinnaiya of Moreh Ward No 4 lodge a report to OC Singjamei that gold ornaments belonging to him and his family members were snatched away by four unknown persons while on their way to the Imphal airport. The unknown driver along with the three occupants, including a female, snatched from them two gold necklaces, four gold bangles and one gold bracelet, approximately 64 sans of gold valued around Rs 9,60,000. This is not the first instance that NAB officials are allegedly involved in crimes. And again, this might only be the tip of the iceberg. Some were even caught with drugs and charged, while there are also allegations of NAB officials acting hand in glove with drug smugglers. NAB superintendent of police (SP) W Basu had at one instance revealed that legal processes are being initiated against a NAB Assistant Sub-Inspector in connection with hoarding and unauthorised possession of brown sugar.

We want to place here that Manipur is not an exception in instances of anti-drug units indulging in criminal activities or working in collusion with known drug offenders. It is everywhere. The nature of their work or duties always involve collection of intelligence from sources which are mostly of the shady variety and their regular contact with these elements makes them vulnerable to temptations of the profitable trade. So as an immediate measure, an internal audit of the activities of all the personnel attached to NAB is needed. Meanwhile, the heads of the Police Department can start thinking of establishing an Internal Affairs Bureau to investigate and deal corrupt and criminal activities among members of the force.