The donation programme for the construction of Ram Mandir in Ayodhya will continue till February 27. 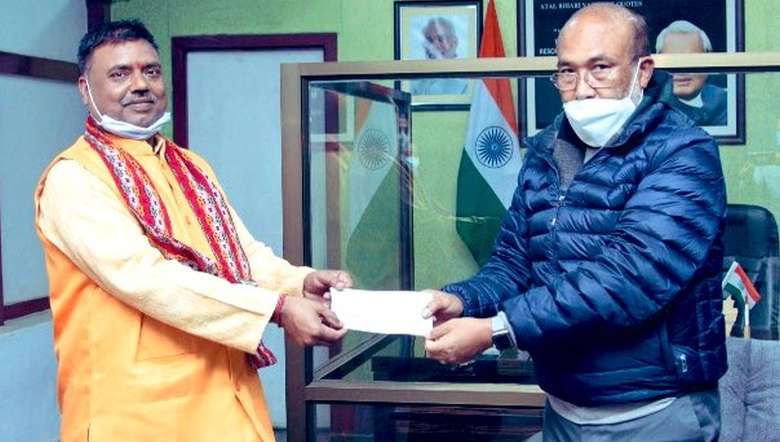 Manipur Chief Minister N Biren Singh along with some of his cabinet ministers on Thursday gave donations for the construction of Ram Mandir in Ayodhya.

As per sources, the remaining ministers, members of Parliament and MLAs will also donate within two-three days. The nationwide donation programme began on Thursday.

"It is an absolute honour and privilege to be able to contribute to the Shri Ram Janmabhoomi Teerth Kshetra as part of the nationwide fund collection drive launched by the Trust for Ram Mandir construction in Ayodhya," CM Biren tweeted.

The samiti also appealed to the people to extend cooperation to its volunteers who will be starting a door to door donation programme from January 15, it stated.

The committee further appealed to the people to donate as much as they can as a service to the nation, it added.