The minister appealed to the people of the state not to panic as the government is actively taking up all preventive measures through the state veterinary department. 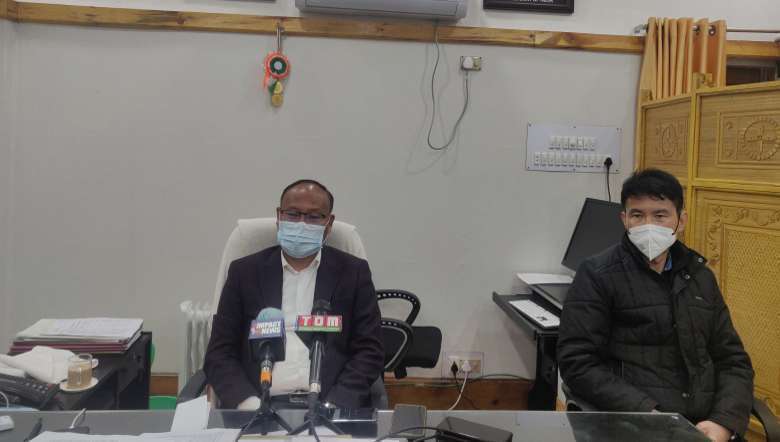 Manipur Veterinary Minister Oinam Lukhoi Singh said that there is no case of bird flu in the state till date but the department of veterinary and animal have taken up preventive measures and immediate steps for active target surveillance against the disease.

The minister made the statement while briefing the media on Wednesday and appealed to the people of the state not to panic as the government is actively taking up all preventive measures through the state veterinary department.

He said that the government has already imposed a temporary ban on import of poultry and poultry products such as eggs and live birds including ducks, guinea fowls, turkey and quails through all the national highways connecting the state and at the airport as precautionary measures.

In view of the reported outbreak of highly Pathogenic Avian Influenza in other parts of the country, these measures were taken up to prevent escalation of the disease in Manipur, Lukhoi said.

He also mentioned that the state veterinary department has set up a Rapid Response Team (RRT) in all the districts in collaboration with the deputy commissioners. The superintendents of police veterinary officers of the border districts shall take all required steps to stop the movement of birds and eggs, he added.

The minister further informed that the contagious African Swine Fever (ASF) has been reported in the Salungpham area of Thoubal district and Nongmaiching Chingkhong (Wakha) area of Imphal East district. The situation is under control and that the district administration of Thoubal in its order issued on January 2, under the Prevention and Control of Infectious Contagious Diseases in Animals Act 2009, has notified ‘controlled areas’ for ASF at Kangyambem, Lokchao, Salungpham Mamang Leikai, he added.

Ban on sale of pigs, pork meat, feeds and other related items in these ‘controlled areas’ and ‘infected zones’ has been imposed besides restricting the movement of pigs from the places within the aforementioned areas, Lukhoi said.