It is right time to imbibe the values of Sardar Patel: Minister Letpao Haokip

Letpao said that there is a political imbroglio in the society wherever everyone wants their share of sovereignty or autonomy. 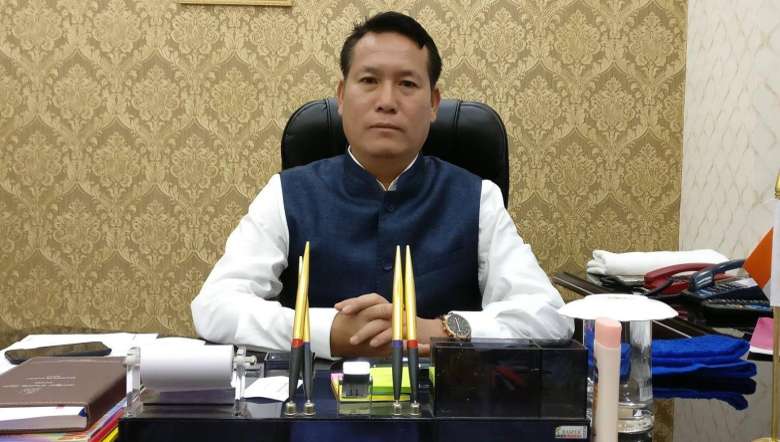 YAS and Water Resources minister, Letpao Haokip expressed that it is high time the present generation learns to imbibe and follow the ideals and spirit of Sardar Vallabhai Patel, who epitomised unity and oneness.

The minister stated this while showing concern to the growing trend in the state, where every community and stakeholders have been demanding their separate homelands. He was attending as chief guest in the inaugural function of 6th DBASA (Dingpi Border Area Sporting Association) Sports Meet at New Samtal village, Chandel district.

Giving his speech, Letpao said that “there seems to have a ‘political imbroglio’ in our society wherever everyone wants their share of sovereignty or autonomy. It’s high time that we all recall Sardar Patel, the man who worked relentlessly to unite India, and should collectively work towards a united Manipur in the truest possible way.”

He also stated that such sporting events, especially in remote areas of the state, will help in tapping the sporting talents among the youth, and will also help in bringing them up to bigger platforms and better opportunities.

He further stressed on the importance of discipline in order to excel in sports and in every other aspect of life. Letpao also mentioned that the state government is committed to bring development to the interior areas of the state such as New Samtal, and added that roads and power supply have been improved immensely in the recent few years.

Citing the role played by the Indian Army in bringing development to remote areas of Manipur, the minister thanked the Indian Army for always being a ‘good friend’ to the people of hilly areas.

Later, Letpao along with Col Manish Sharma handed over various sports items to the members of DBASA. The items were sponsored by the 13th AR Sehlon.

The DBASA Sports Meet will go on till January 18, which is an annual sports meet of the border villages belonging to Khengjoi sub-division of Chandel.

ADC member of 18-Songjang, Seithang Haokip was the president of the function. Other main dignitaries in the dais were SDO of Khengjoi, N Shokhongam Baite; SDO of Chakpikarong, Seiminthang Lenthang; additional SP of Chandel, Augustine Khongjai; and SM CO of 13th AR Sehlon, Col Manish Sharma.