DESAM had served an ultimatum on January 9 to fill the vacant posts within five days. 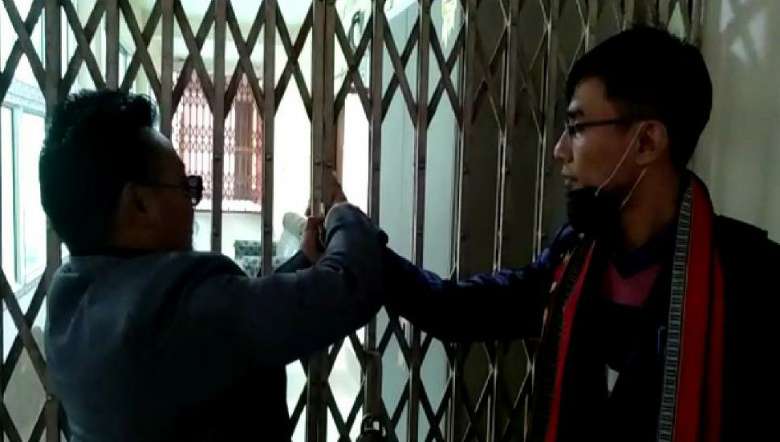 The Democratic Students Alliance of Manipur (DESAM) locked the rooms of secretary and examination controller of the Board of Secondary Education Manipur (BOSEM) on Wednesday for not fulfilling its demand to fill the vacancy of the said posts within five days.

A release signed by DESAM secretary-general Leishangthem Lamyanba stated that the post of secretary and examination controller for BOSEM has been lying vacant since December 28. Keeping these posts vacant amid this crucial juncture of coming board examination and reopening of schools with new SOPs have created so many problems to students’ community, it added.

DESAM had served an ultimatum on January 9 to fill the vacant posts within five days. However, the state government has not taken up any action till date, it said. Condemning such irresponsible act of authority concerned, the student body resolved to lock the rooms of said posts indefinitely until it is newly appointed, the release stated.

It further stated that as the board examination is approaching, students are curious to know the new revised syllabus of the examination. Besides this, students are facing so many problems while trying to take their documents from the BOSEM due absence of officers in the office most of the time.

It continued that even the chairman of the BOSEM is presently taken charge by the director of Education (S). Taking the charge of chairman by such a person, who has a busy schedule all the time, also created immense inconveniences to the students, it added.

In order to bring quality education, it is needed to keep this statutory body set up under the Manipur Elementary and Secondary Education Act 1972, the release added.