The major thrust of the MoU is to lease out the Ngairangbam Awang Mamang Leikai ground to the MCA for a period of 50 years. 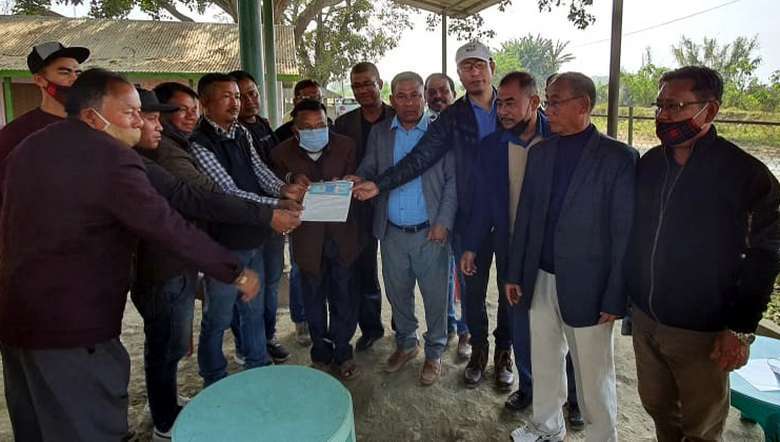 The signing of the MoU was initiated with active participation of Konthoujam MLA, Dr.Sapam Ranjan Singh and Sagolband MLA, Rk.Imo Singh, who is the President of Manipur Cricket Association.

The major thrust of the Memorandum of Understanding is to lease out the Ngairangbam Awang Mamang Leikai ground to the MCA for a period of 50 years and it was job of the latter to developed into a world class Mini-Budget Cricket Stadium with funding from BCCI.

The stadium is to equiped with amenities like Indoor, Gymnasium, Swimming Pool etc. The Manipur Cricket Association has already charted out a detailed project report and report will be submitted to the BCCI soon.

Western Sporting Union president, Kh.Ibomcha Singh said it is a great opputunity for us to have the development of the Mini Budget Stadium as it will bring ample job opputunity for the local populace. we have appended our approval with signing of the MoU with full backing of the local populace. We are also thankful to local MLA, Dr.Sapam Ranjan Singh in helping and guiding us in every way to develop our locality.

Manipur Cricket Association secretary, S.Priyananda Singh is elated that this agreement will bring a new chapter in the history of the MCA and we are looking forward to develop the ground at the earliest possible time. The Association will do its best in every possible way for the locality in co-ordination with the WSC functionaries. He also praised the untiring effort of MLA Dr.S.Ranjan Singh and MLA Rk.Imo Singh in making the MoU a reality.

The signing of the MoU had taken place at WSC office Ngairangbam on Tuesday with Kh Ibomcha Singh and his official representing WSC while from MCA side, S Priyananda Singh led his team of officials.