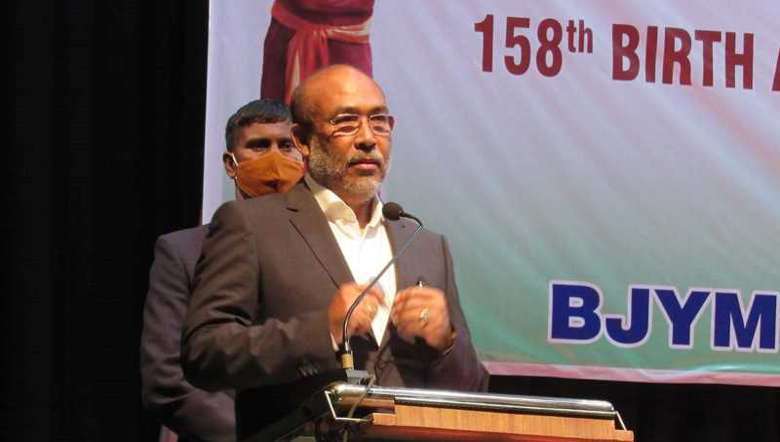 Manipur Chief Minister N Biren Singh said on the occasion of National Youth Day that his government is giving priority to the development of youth in the state.

Addressing the people of the state on the occasion as chief guest of the function, Biren said his government has been giving priority on advancing the youths in various fields.

The chief minister also said that the ‘War on drugs’ was initiated by the BJP-led government in Manipur and it has destroyed huge acres of poppy plantations in the state.

There is a possibility that some political parties are conspiring and handling the poppy plantations in Manipur, he said, adding that as they are unable to attack the government with weapons, they might be targeting the youths with drugs in an attempt to bring chaos in society.

Call for a better future

Like a new Manipur was created by defeating the Burmese invaders with cooperation among each ethnic group in the state, the people of various ethnic communities need to come together and cooperate now for a better future, he said.

Biren said the results of working jointly can be witnessed during the battle against COVID-19 in Manipur. Various civil bodies, student bodies and other local organisations gave united efforts to work with coordination and with their relentless efforts, the pandemic was brought under control in Manipur, he added.

With the government’s ‘go to hills’ and ‘go to village’ mission, the people across the state, including those from hilly areas, started expressing their satisfaction to the government, he said.

Construction of Barak and Makru bridge

The government had put a target to complete the construction of Barak and Makru bridge but due to the delay in arriving of raw materials, particularly the iron gauge which got stuck on its way at Meghalaya due to improper highway infrastructure, they could not be completed yet. Of the two bridges, the government is targeting to inaugurate one by next month, he added. For the RCC Bridge of Barak Bridge, the construction will begin shortly, he said.

Biren urged the public not to create issues unnecessarily while stressing that they should try to work in unity.

The government will station a DIG police officer near Dzuko Valley, and fire extinguishers will be placed at the base camp which will be located permanently. He further said that the state government will not tolerate any activities which are done beyond rules and regulation.

Biren said the state Revenue department will arrange to provide a land for one Khumanthem ongbi Binolata Devi, a differently abled person and the government will construct a house for her family as well.

Following Swami Vivekananda’s motto “service to the mankind is the service to the god,” the land and house will be provided to Binolata who do not own a house, and her family has been living in a rented house at Kwakeithel Thiyam Leikai, Imphal West, he said.

As a part of the function, floral tributes were offered to Swami Vivekananda, and wheelchairs were distributed to some differently abled persons.