The ban has been imposed in the interest of preventing escalation of the Avian Influenza (bird flu) disease in Manipur and other northeastern states. 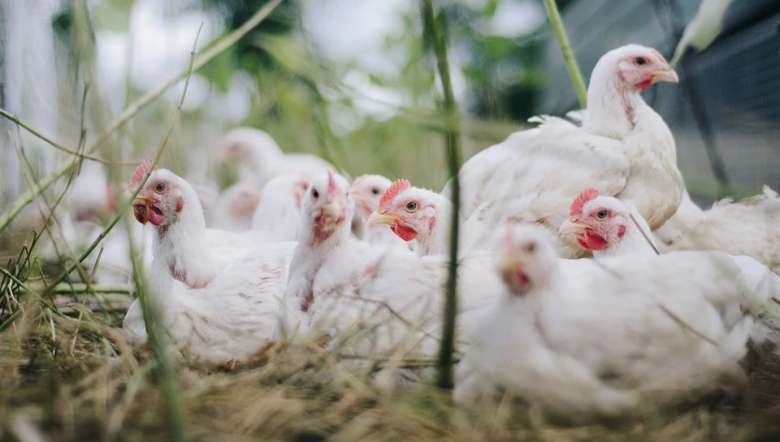 The Manipur government has imposed a temporary ban on import of poultry and poultry products from other states, such as eggs, meat and live fowls, including ducks, guinea fowls, turkey and quails from January 12.

An order issued by the commissioner veterinary and animal husbandry, Manipur H Gyan Prakash on January 11 stated that a temporary ban as a precautionary measure has been imposed in the interest of preventing escalation of the Avian Influenza(bird flu) disease in Manipur and other northeastern states.

The order stated that the ban has been imposed through all the national highways connecting the state and the Airport following the reports of the outbreak of highly pathogenic Avian Influenza in some of the states of the country. The flu is said to be contagious avian disease having zoonotic potential of causing huge loss in terms of mortality and trade of poultry, the order added.

The order also directed deputy commissioners, district superintendents of police and veterinary officers of the border districts to take up necessary steps to stop transport of poultry products.

The director veterinary and animal husbandry is also directed to take immediate steps for active targeted surveillance against the disease.

On January 6, the Centre asked the states that are still unaffected by the bird flu to keep a vigil and to report any unusual mortality among birds immediately following reports that at least six states in India have reported confirmed cases of Bird Flu or Avian Influenza.

Kerala has completed culling operations to stop the spread of the virus and disinfection process is underway, the ministry stated.

The Centre has asked the affected states to contain the disease as per Action Plan on Avian Influenza as Avian Influenza positive samples from ICAR-NIHSAD in poultry (two poultry farms) of Panchkula district, Haryana were confirmed and positive samples in migratory birds in Junagadh district, Gujarat and in crows in Sawai Madhopur, Pali, Jaisalmer and Mohar districts of Rajasthan were reported.

"Central teams have been deployed to visit the affected states of Kerala, Haryana and Himachal Pradesh for monitoring and for epidemiological investigation," the ministry stated.

It also asked the states that are still unaffected by the bird flu to keep a vigil and to report any unusual mortality among birds and fowls immediately so that necessary measures are taken in the fastest possible time.

In Delhi, an unusual mortality of 16 birds was reported in the DDA park Hastsal Village. The AH Department of NCT of Delhi, has reportedly taken precautionary measures and sent samples to ICAR-NIHSAD and a test report is awaited.

Meanwhile, around 50 birds, mostly crows, have died in the national capital over the last three to four days, officials said on Friday.

"We received information about the death of crows in Dwarka and Mayur Vihar Phase 3 and of a few wild birds in Hastsal in West Delhi... However, it is yet to be ascertained if bird flu infection is the reason," Dr Rakesh Singh from the animal husbandry unit of the Development Department said.

Stressing on the importance of awareness among poultry farmers and the general public (consumers of eggs and chicken) about the disease, the ministry stated that communication from the AHD secretary has been sent to the Health Ministry to restore consumer confidence in consumption of chicken and eggs.

States have been requested to increase awareness regarding safety of poultry or poultry products that are safe for consumption following boiling / cooking procedures for which central support would be available, it added.

The directorate of Animal Husbandry and Veterinary Services (DoAH&VS), Nagaland on January 7 issued an advisory for preparedness, control and containment of the Highly Pathogenic Avian Influenza (HPAI).

The state's AH&VS has appealed to the public to report “unusual sickness and mortality of poultry” to the nearest Veterinary Health Centre. The public has also been told “not to handle and consume such birds and fowls which have died suddenly”.

Poultry owners have been told not to mix outside (unknown source) live poultry birds/ducks into their stock to prevent transmission of diseases.

The Directorate of Animal Husbandry and Veterinary Services has also directed all chief veterinary officers (CVOs) to issue ‘Red Alert’ notices to all subordinate officers, field officers, staff and village functionaries about the issue.

These officials and staff have also been told to formulate a ‘strong disease reporting system’ within respective districts through education and communication campaigns and familiarize the public about the risk to avian and human population. The CVOs are also to coordinate with the Forest and Wild Life Department on the status of wild birds. The government of Assam has temporarily banned the import of polyu since January 8.