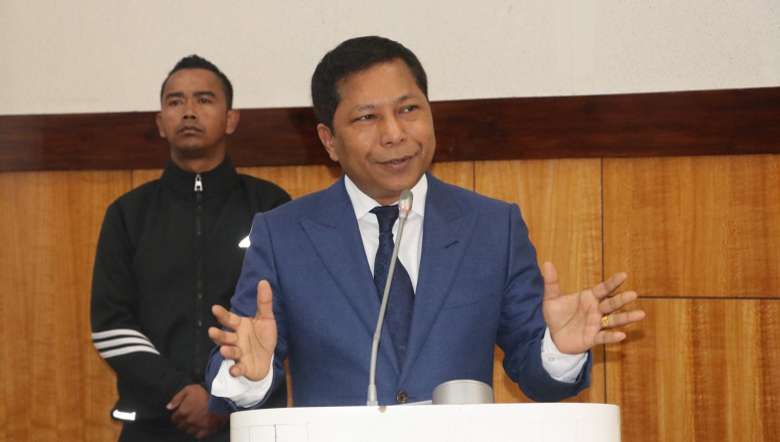 The Opposition Congress party has asked the Meghalaya Democratic Alliance government "to wake up from its deep slumber" and pursue with the Centre for implementation of the inner line permit (ILP) in the state.

"We again are drawing the attention of the government that it should not be in deep slumber and that they should proceed to pursue aggressively and prevail upon the government of India to implement ILP in the state of Meghalaya," Opposition leader Mukul Sangma told reporters Tuesday.

Sangma said the state was witnessed to the unanimous resolution adopted by all political parties, including independents in the state Assembly in 2019.

Sangma also reminded that while tabling the resolution, the state government had assured that it will take upon itself the responsibility of prevailing upon the government of India to implement ILP in respect of Meghalaya.

“This meaning that Meghalaya will be brought under the purview of Eastern Bengal Frontier Regulation 1873 – that was part of the assurance given to the people of the state,” he said.

Unlike in the past, the former chief minister said, “We have stood firmly together because unlike in the past, we feel that the apprehension perceived by the people of the state and the region after the enactment of the CAA, is genuine and therefore, there is a necessity to have in place the provision of the said Act, or implementation of ILP to address the concern pertaining to influx and illegal immigration.”

“Because this issue of implementation of ILP after the resolution was adopted, we had a reason to believe that the government was not following it up and because it was not true to its commitment even several NGOs which are part and parcel of this collective demand for ILP in Meghalaya, again had to pull up the state government,” he stated.