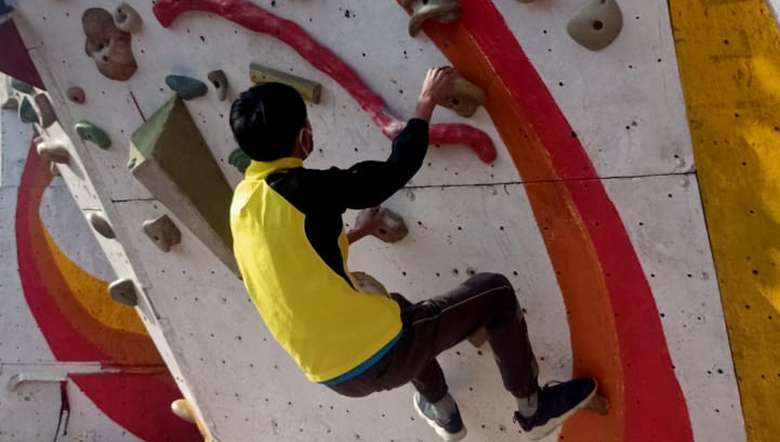 The first-ever state-level basic sport climbing coaching course was inaugurated in Imphal Tuesday with 110 participants from different parts of Manipur.

The course, sponsored by the Union Youth Affairs and Sports Ministry and organised by IMF North East Zone under the aegis of MMTA and Manipur Sport Climbing Association (MSCA), will end on January 14.

The participants were given classes in various sport climbing activities such as bouldering, speed climbing, lead climbing, rope knot classes. All the participants took an active initiative and wholeheartedly. The camp was organised to improve their self-esteem, confidence, cooperation and a sense of discipline through the spirit of sportsmanship, Bijoy said.

Although lack of high tech and standard climbing wall system in Manipur stunted the growth of sport climbing, Manipur has produced many national and Asian Champions, he said.

If the government provides an international standard wall in Manipur then the state can produce many Olympians in the future, he added.