The committee resolved to suspend the ongoing agitations following the assurance from the chief minister that their demands will be taken care of. 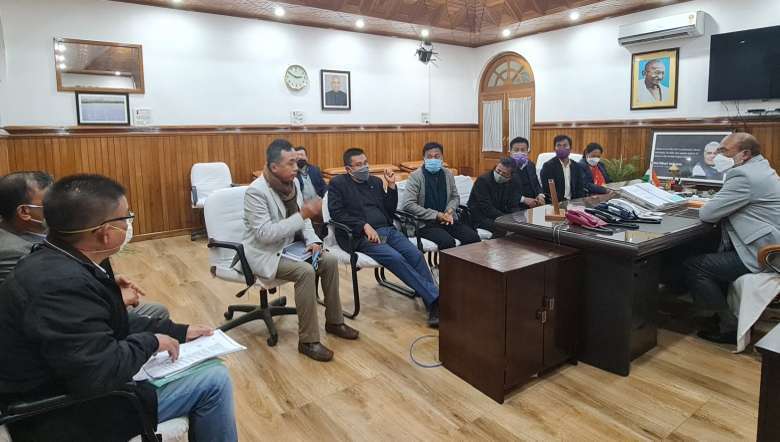 The Ad hoc Committee of the constituent colleges of Dhanamanjuri University has suspended their agitations following the assurance from the chief minister on Monday that the demands of the teachers will be taken care of.

The Ad hoc Committee declared that the teachers will also resume their normal duties from January 12.

A release signed by co convener of the committee Kumam Anthony Singh stated that a team of the Ad hoc committee met the vice chancellor of DMU in his office chamber along with the registrar on Monday morning.

Later in the evening, the committee held a meeting with the chief minister in his office chamber in the presence of the Education Minister S Rajen and the vice chancellor of DMU, the release stated.

The teachers had been observing a series of agitations by abstaining from taking online and offline classes of both UG and PG classes since January 5, holding joint relay sit-in protests at the premises of the constituent colleges since January 6.