IMPHAL: 'Agitating teachers may abstain from all activities if demands not fulfilled’

The Ad-Hoc Committee of the colleges of DMU has been abstaining holding protests since January 6. 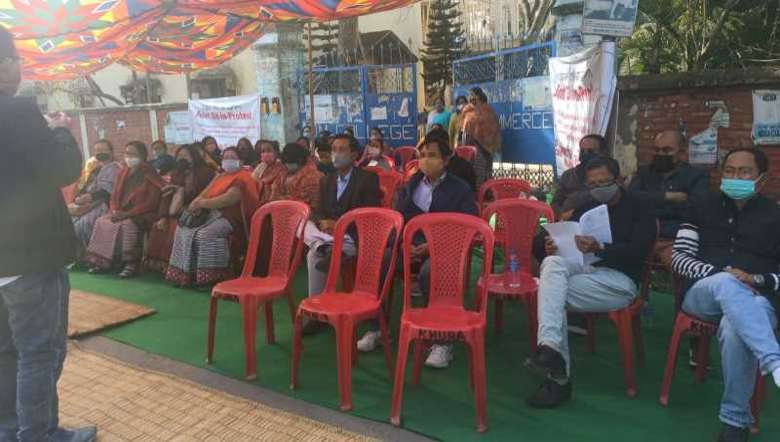 The committee members have been abstaining from online and offline classes and holding protests since January 6, demanding qualified ad-hoc teachers to be absorbed as DMU faculty.

The committee also expressed the desire to place their demands directly to the chief minister of the state if the university failed to give any formal response to the agitating teachers.

Co-convener of the committee Kumam Anthony Singh was speaking to the Imphal Free Press during their ongoing relay agitations at DM College of Commerce on Saturday. 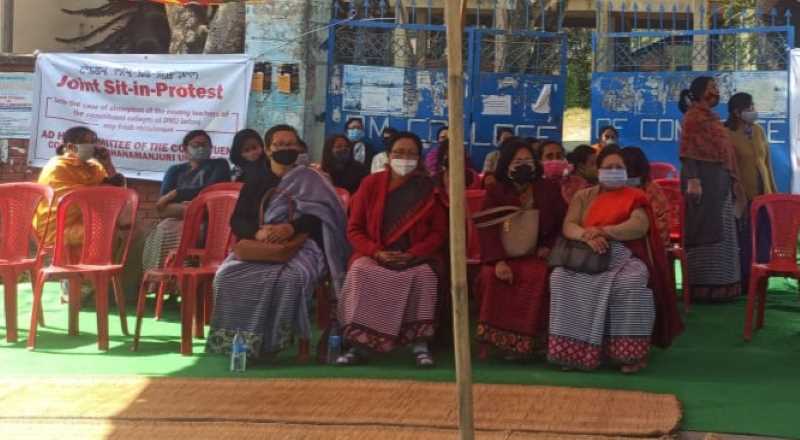 Anthony said, internal structure committee was formed by the DMU authority so that the university can be run smoothly, and the committee recommended that the ad hoc teachers who are well qualified deserve to be absorbed as the first faculty of the university.

However, there were no adverse comments comments from any associations as well as the public and that can be assumed that the public and other stakeholders have no opposition to the recommendation of the internal structure committee, he said.

Anthony, however, said the recent advertisement for recruitment of 88 assistant professors of the university has caused an apprehension among the teachers that new professors will be recruited before absorption of the current guest lecturers.

The committee on December 9, 2020, submitted its first representation to the vice chancellor of DMU, demanding absorption of ad hoc teachers in the university before any recruitment. However, since there was no response from the authority, the adhoc committee has been abstaining from conducting both online and offline classes since January 5.

Since then the teachers have been holding a joint sit-in protest on a rotational basis at different constituent colleges since January 6, he said.

He also said that the teachers are contributing their part and doing other works of the university though they have abstained from online and offline classes.

Members of the committee have expressed their desire to receive formal invitations from the DMU authorities for a meeting/ discussion. However, the university has not given any formal response to the committee.

The teachers are aware that students are already affected by the pandemic and that the state government is also preparing to begin offline classes for educational institutions. As such, the teachers also expressed their desire that the issue should be solved at the earliest so that the students’ careers are not affected, Anthony added.