The CM opined that the TPO and SAPO should make all-out effort to arrive at an amicable settlement of the disputed area on the Nagaland and Manipur border. 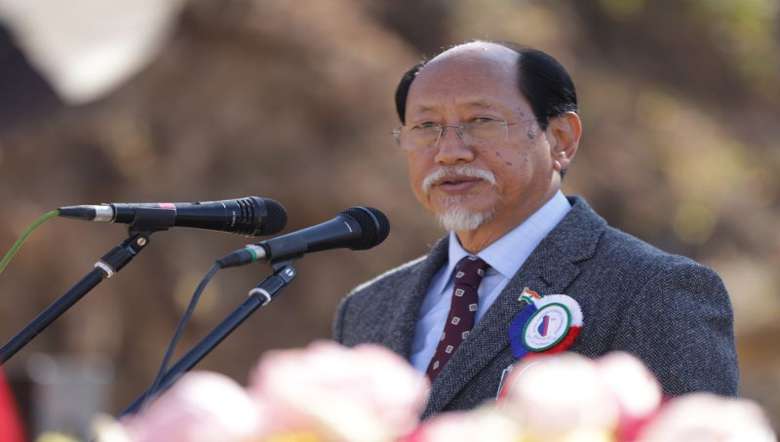 The house was briefed on the current situation regarding the forest fires; and the tremendous efforts made for containing and dousing the fires by various state and Central agencies along with the volunteers of Southern Angami Youth Organisation (SAYO) with the active support from Southern Angami Public Organisation (SAPO) was appreciated by everyone.

The Tenyimi Peoples’ Organization (TPO) gave a brief report of the history of the problems in these areas and mentioned that traditionally these areas belong to the Tenyimia group of people who were separated by the state boundaries of Nagaland and Manipur. The TPO mentioned that they are still striving very hard to resolve the land disputes in the best interest of everyone through arbitration and the final judgment is in an advanced stage. The Tenyimi Peoples’ Organization (TPO) also mentioned that the earlier arbitration undertakings among the various groups in the disputed area indicate that all the stakeholders are against the destruction of forest-flora and fauna, collection of forest produce, hunting and construction of roads and they are in favour of maintaining traditional boundaries and other rights associated with it.

Therefore, they requested the Nagaland government to consider taking appropriate measures only after the Tenyimi Peoples’ Organization (TPO) delivers its final judgment in the disputed area. In this regard, the Southern Angami Public Organisation (SAPO) were also in full agreement with the views expressed by Tenyimi Peoples’ Organization (TPO) and they also felt that while the Nagaland government and the Manipur government may continue with their normal governmental correspondences, it may be more advisable to consider carrying out activities in the disputed areas after the judgment of Tenyimi Peoples’ Organization (TPO). The matter regarding having a suitable water body close to the Dzukou Valley for aiding firefighting efforts was also discussed and chief minister felt that the departments concerned should start looking into this matter seriously and come up with a proper plan in this direction.

According to a release by the Press and Media Cell of the CMO, the chief minister was of the opinion that good neighbourly relation between the State of Nagaland and Manipur is of paramount importance for the overall development and that the Tenyimi Peoples’ Organization (TPO) and Southern Angami Public Organisation (SAPO) should make all-out effort to arrive at an amicable settlement of the disputed area. The chief minister also mentioned that from now onwards various agencies in the state which is dealing with fire-related incidents should work out a proper plan to handle wild forest fires and such plans should include incorporation of both traditional and modern methods.