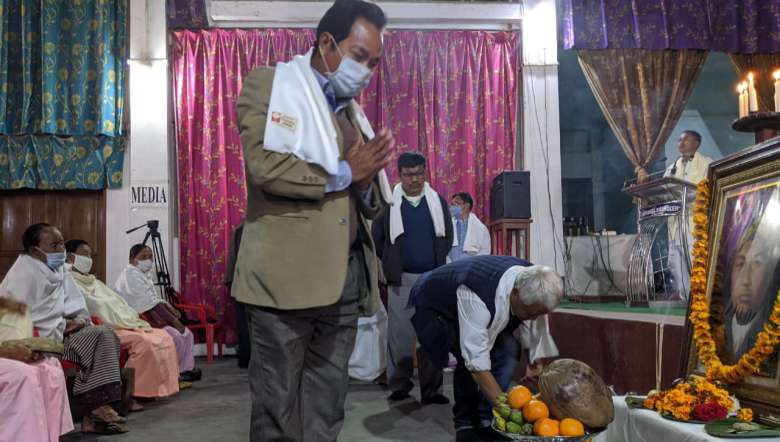 The event, organised by the United People’s Front (UPF), commemorated late Iningthou Chinglen Nongdrenkhomba’s patriotic role in the creation of new Manipur by defeating the ‘Awas’ (Burmese) in 1826.

According to the history of Manipur, during the reign of King Chinglen Nongdrenkhomba, King Nara Singh and Herachandra, who was known as a dacoit king of Manipur, also played a major role in driving out the Burmese invaders, said MC Arun, assistant professor, department of anthropology, Manipur University.

In a similar manner, “Cooperation is needed from various ethnic communities in the state to bring development and save the territorial integrity of the present day Manipur,” Arun said.

Associate editor, Imphal Review of Arts and Politics, RK Bobichand said, considering the present scenario of Manipur, the people are apprehensive that the territorial integrity of the state may come under threat. The observation of the function will be fruitful if it can encourage the ethnic communities of Manipur to cooperate among each other by setting aside the narrow outlooks.

“If each individual can cooperate with one other, then the present issues resulting from drugs, corruption and the evil schemes of those who try to play divide and rule policy among the people, could be prevented for a better united Manipur,” he asserted.

As a part of the function, floral tributes were paid to late king Chinglen Nongdrenkhomba.