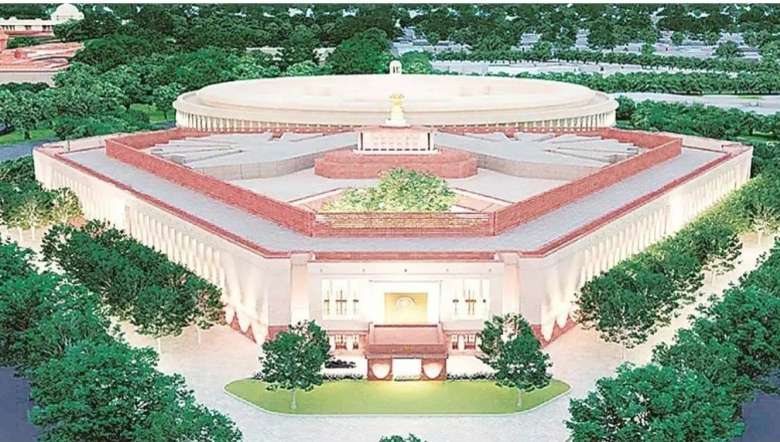 With the dawn of January, we have entered the 21st year of the 21st century. It marks a significant moment in India's growth prospective to become the 21st-century leader. The nation is witnessing a transformative journey to fulfill the aspiration of the citizenry. The same decade of the previous century marked several historical milestones that have added tremendous value to achieve nationalistic goals. The futuristic planning of this new decade will resonate a long way in the country's development path. The newly inaugurated Parliament building is a case in point in the broader growth trajectory of the nation.

The Montague-Chelmsford reforms resulted in the participation of Indians in governance through the enactment of the Government of India Act 1919. In 1921, public representatives were elected for the first time through the GoI Act, 1919. The need felt to accommodate them appropriately and the Central Assembly started functioning in the present-day Delhi legislative assembly premises.

A century back, these reforms resulted in the creation of the bicameral legislature. Adwin Lutiyan and Herbart backer designed the present parliament building's architectural plan for accommodating the legislators. Beginning in 1921, it took six-year to built the parliament building entirely. First Lok Sabha had 489 seats and each MP had represented on an average 7 lakh population. The capital's population was merely 13-14 lacs, which is now more than 2.5 crores. As the country's population has been increased from 36.1 crores in 1951 to more than 135 crores presently, so are the people represented by an individual MP. Nowadays, MPs have to manage day-to-day affairs, monitoring developmental projects and schemes from their camp offices. A need felt for an institutional and infrastructural set up for them to facilitate coordination with various departments and to ensure smooth delivery of public services in the national capital.

Article 81 of the Indian constitution provides for the delimitation of parliamentary constituencies. The last delimitation exercise was conducted based on the 1971 census and the state-wise distribution of seats bound to increase in 2026. Subsequently, the number of MPs will undoubtedly increase, which poses an urgent demand for an appropriate accommodative arrangement for the upcoming legislators.

It is the farsighted vision of Prime Minister Narendra Modi for dedicating the new Parliament building to the nation by the 75th year of independence, which will nurture the Aatmnirbhar nation's aspiration. Under the Central Vista project, the new parliament building's indigenous architecture will represent the cultural diversity of strengthening Ek Bharat-Shrestha Bharat's spirit. The red Dholpur stone of Rajasthan will provide a great look to this temple. This more spacious, energy-efficient green, accessible and techno-friendly building will have a seating capacity of 1224 MPs. It will expedite the breaking of vertical silos among the parliament and various government departments and save more than 1000 crore annually from the government exchequer.

India has imbibed democratic values and its rich experience in our cultural ethos. Be it 12th-century Anubhava Mantapa of Bhagwan bishwshera or the 6th century Buddhism, which had taught about the Co-existence of core principles of democracy, i.e., liberty, equality and fraternity to the world. Dr Bhim Rao Ambedkar had very lucidly elaborated these facts during the constituent assembly debates. The USA's present parliamentary building was constructed within 25 years of independence; Australia and Brazil have proudly dedicated themselves new post-colonial parliament building. We must undertake a historical exercise to develop our post-colonial and People's parliament of the largest democracy, which will be the most magnificent and attractive monument of the world. This glorious project will depict India's democratic tradition's journey, representing India as the Mother of Democracy in a real sense.

The 21st-century challenges are constrained by the 20th or 19th-century governance formula, which requires a pragmatic course correction through all due diligent procedures. The nation is decisively sailing to become a knowledge and economic superpower with the sincere approach of reform, perform and transform towards strengthening democratic ethos. The supreme court verdict has provided a green signal to the government for moving ahead with Central Vista Project is a welcome move. The government has clarified that it will continue to adhere to the highest standards and sensitive to environmental concerns during construction.

Today, all stakeholders' roles demand continuous recalibration over their rights and duties. Convergence is required among the individualistic, collective and nationalistic goals for strengthening our democratic institutions' credibility.   The new parliament building's commissioning, a symbol of Aatma Nirbharta, will mark a fitting tribute to the Indian democracy on the 75th year of independence. It will inspire us all to bring the national interest on the top. Everyone must engage actively for India's prosperity under the spirit radiating from the temple of democracy.