The babies were aged between a few days to three months. 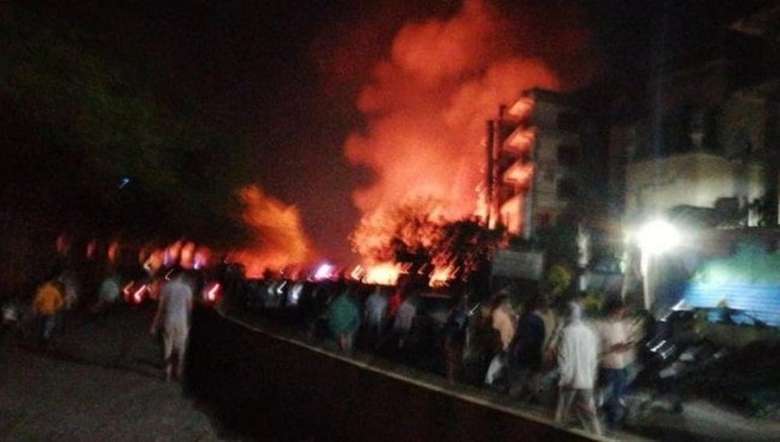 Ten newborn babies have died after a fire broke out at the Sick Newborn Care Unit (SNCU) of the Bhandara District General Hospital in Maharashtra on Saturday around 2 am, according to reports.

As per the reports, 17 babies, aged between a few days to three months, were admitted in the ward of the hospital at the time of the incident.

However, only seven babies who were admitted in the inborn ward were rescued while the 10 babies in the outborn ward of the unit could not be saved, the reports said, adding that patients in the other wards have been shifted safely.

While the cause of the fire could not be confirmed immediately but preliminary investigations suggest that a short circuit could be the possible reason of the tragedy, the reports said.

Maharashtra Chief Minister Uddhav Thackeray has ordered a probe into the incident and the government has announced an ex-gratia of Rs 5 lakh each to the kin of the deceased.

"Heart-wrenching tragedy in Bhandara, Maharashtra, where we have lost precious young lives. My thoughts are with all the bereaved families. I hope the injured recover as early as possible," PM Modi tweeted.

"I am deeply saddened by the tragic death of 10 infants in Maharashtra's Bhandara. I express my heartfelt condolences to the parents who have lost their children in this heart wrenching tragedy," the President posted on Twitter.

In a tweet, Home Minister Amit Shah said he is pained beyond words.

“The fire accident in Bhandara district hospital, Maharashtra is very unfortunate. I am pained beyond words. My thoughts and condolences are with bereaved families. May God give them the strength to bear this irreparable loss,” Shah wrote.

Congress leader Rahul Gandhi also took to Twitter to convey his condolences and appealed to the Maharashtra government to provide every possible assistance to the families of the injured and deceased.