No parents should think giving birth to a girl child is a sin, rather an opportunity and blessing to change the world. 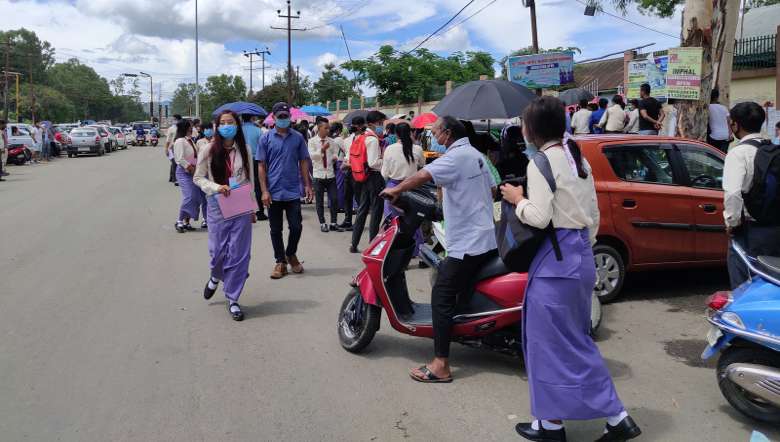 Education is a fundamental right of every individual irrespective of gender, caste, creed, race or religion. Every religion, including the teachings of Islam, emphasises on the importance of education. The first revealed word of the Quran commanded the believers to “Read”. This command did not distinguish between male and female believers. In Hinduism, women in ancient India had free access to education, even some hymns of the Rigveda were composed by poetesses. This shows the importance of girls education besides boys. However, contemporary Indian girls either drop out of school or access to study is restricted. In the present time where illiterate person metaphor with blinds and girls are deprived of their right to education, the inkling that our society is nevertheless a male-dominated society.

According to the Annual Status of Education Report (ASER) in 2006, 10.3 per cent of girl drop out of school, while in 2019 the percentage fell to 4.1 per cent. Despite the diminishing rate overall India, a small state in Northeast India, Manipur has been witnessing an increase in the number of school dropouts among girl students.

Lesser attention: First, perhaps it may not be unfair to say parents often give more attention and significant to a boy child compared to a girl child in an Indian family. Most parents believe, their daughter will go to her bridegroom house someday and the son is the one who would look after and take care of them in old age. This perspective make them to ask their daughter to quit her schooling.

Dowry: When a baby girl is born to a family, her parents start accumulating dowry at her young age rather than supporting her dreams and aspirations. This is also another culture which is prevailing more often.

Restrictions: It happens in some conservative families where girls are denied further studies and going out on work as they believe girls should dwell in the four walls of her house. Because of such standpoint and principles most girl could not continue their further studies. Some parents think that no matter how educated she is, her ultimate destination is only in the kitchen, taking care of children and maintaining household chores etc. Such hyperbolic thought of parents deprived her dreams and aspirations.

Child marriage: As we all know that child marriage is abolished in India under “The Child Marriage Restraint Act, 1929”. Yet, many girls are being married off at a young age. The time when a girl is supposed to play with her friends and fulfil her ambitions, parents give their daughters hand to someone unknown and end her childhood preference.

Elopement: The practice of elopement is also another cause of dropping out of school which is very prominent nowadays.

Illiterate parents: When illiterate parents do not know the importance of girl education, they make their daughters help in agricultural work and household chores and never show the vision of education.

Poverty: Most parents today want their daughters to pursue education, but owing to financial problems, they cannot afford to send their children to school or fulfil the dreams. So some girl children hardly end up at primary schools.

Brigham Young, a great American politician rightly said: “You educate a man; you educate a man. You educate a woman; you educate a generation”. The first and foremost teacher of a child is the mother. A child imitates and learns every action of the mother in her lap. That’s the reason Napoleon Bonaparte, a famous French military leader, said: “Give me a good mother. I shall give you a great nation”. So, it is very necessary to educate girl as they are future nation makers. A girl needs education to free themselves from many obligations which suppress them from raising their voices, right and domestic pandemonium to them. They should be educated to take part in politics, get work in the private and public sector. A growing up girl should not feel inferiority complex in any field.

It is high time for every parent to educate a girl child and to knows the importance of girl education. Education is the only possibility where society can bring equality among boys and girls. No parents should think giving birth to a girl child is a sin, rather an opportunity and blessing to change the world.