The book "Making of a General - A Himalayan Echo" was reviewed by senior journalist and editor of Imphal Review of Arts and Politics, Pradip Phanjoubam. 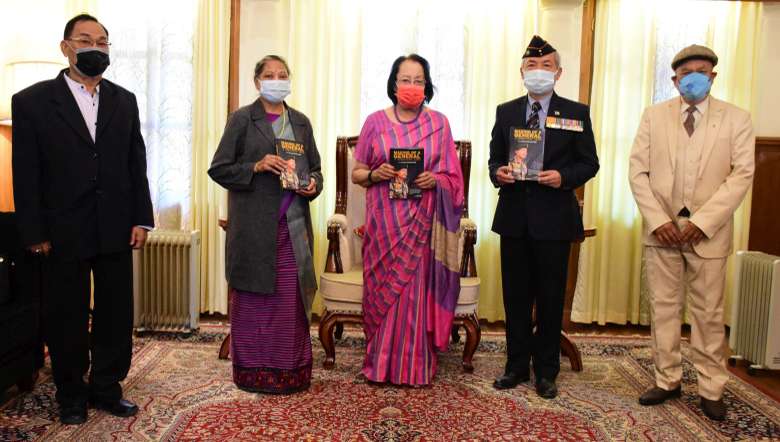 Speaking at the book releasing function, the governor said that besides discharging his responsibilities with dignified courage, Lt Gen Himalay has made the Indian Army a pride of the nation. His book conveys his dream and his views. The fact that his book is sought after is an indication that he has indeed ignited India’s young and thinking minds with his dream and his message.

“The book released today is a book on him, not by him. Yet, in its own way, it reinforces the ideals that Lt Gen Himalay has stood for and the concerns that he has been voicing. The book highlights Manipur as the ‘Land of Emeralds’. On the other hand, this state is known as ‘Unexplored Paradise’,” Najma said.

The chapter on the Kargil War and the author’s tour of duty in the Siachen Glacier, the highest battlefield in the world, the LOC and LAC days in various capacities is an illustration that is replete with pride, vigour and honour. The book elegantly summons the essence and imperatives of superior command of one of the most formidable forces in the world.

Before releasing, the book was reviewed by senior journalist and editor of Imphal Review of Arts and Politics, Pradip Phanjoubam.

It may be mentioned that Himalay had earlier written a book titled ‘Romancing the LOC’.