‘India, US share rich ties, but there are frustrations on trade and investment front’

Outgoing US Ambassador to India Kenneth I Juster said that India’s market policy would limit the country’s capacity to truly integrate into global value chains. 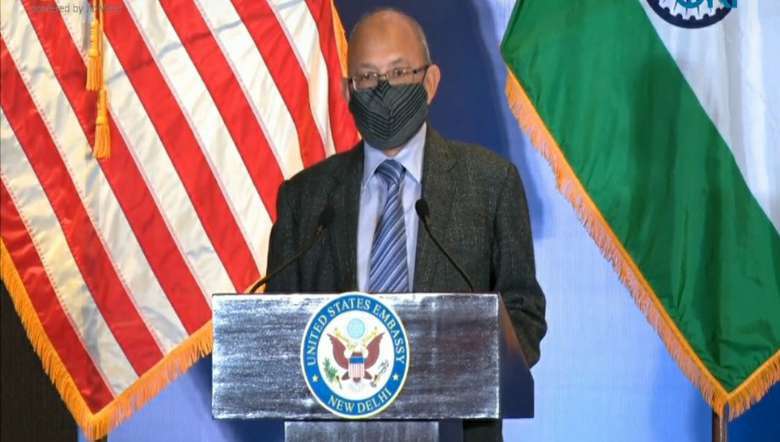 Outgoing US Ambassador to India, Kenneth I Juster

The United States is now India’s largest trading partner and there is no other bilateral relationship in the world that is so rich but there are frictions and frustrations on trade and investment front, outgoing US Ambassador to India, Kenneth I Juster said in his farewell moment which he describes as a “time of deep gratitude and appreciation as well as one of reflection”.

“My government is committed to the US-India relationship at the highest levels... there is no bilateral relationship in the world that is as broad, complex and rich in substance as that of the United States and India,” Juster said in his farewell address as US Ambassador to India.

Juster served as US Ambassador to India for the past three years and two months. Reflecting on it, he highlighted the ambition and achievement in US-India Partnership in the global context during the period. He also stressed the need for a stronger economic relationship that would bring benefits in terms of jobs and growth and stability in the Indo-Pacific region.

While highlighting a lot of good things on the India-US economic and commercial ties, Juster said, “There are frictions and frustrations on the trade and investment front. Despite persistent efforts, we were unable to conclude even a small trade package. Moreover, there are growing restrictions in India on market access for certain US goods and services, increasing tariffs, new limitations on the free flow of data, and a less-than predictable regulatory environment for investors”.

“The current view in India is that the best way to meet these various objectives is through a policy of “Self-Reliance,” emphasizing “Make in India,” while still seeking to be engaged globally, participate in global value chains, and be an exporter to the world. It remains to be seen whether all of these policies are compatible and mutually reinforcing, or whether they will lead to higher tariff and non-tariff barriers to trade. The latter would limit India’s capacity to truly integrate into global value chains and, in the process, raise prices for Indian consumers,” he said.

Saying that the choices are for Government of India to make, he said, “Our experience is that excessively managed markets tend to create inefficiencies, leading to slower growth. On the other hand, trade openness historically has produced positive results for the Indian economy, its job market, and its consumers. The experience of the post-war period has demonstrated that East Asia’s success was driven by increasingly open markets at home and deeper trade relations with the West, especially the United States.

“If we are to be truly ambitious, I still believe that India should seek to lock in the benefits of its economic relationship with America by negotiating a comprehensive trade agreement, in a fair and reciprocal manner, that ensures access to both markets,” he added.

The United States has a strong stake in India’s growth and prosperity and it welcomes steps by India to continue its economic reform measures, he said. Noting that all countries today are struggling to discern the economic lessons from the COVID-19 pandemic as they implement policies seeking to promote economic recovery, he said, “For all of us, being part of the global supply chain no longer means focusing solely on economic efficiency but also means factoring in political risks, as well as seeking increased domestic employment and a sound manufacturing base”.

Pointing out that as US and other companies find it “increasingly difficult” to operate in China or seek to diversify away from Chinese-led supply chains, Juster said, “India has a strategic opportunity to become an alternative destination for manufacturing investments in the Indo-Pacific region. But to fully seize this opportunity, the Indian Government may well need to take further action”.

Prior to the COVID-19 pandemic, in 2019, the bilateral trade in goods and services surged to $146.1 billion, “significantly up from the $18.6 billion mark when I started working on this relationship in 2001.

“Two-way trade in goods amounted to $92 billion, while trade in services was worth $54.1 billion. In fact, approximately 16 per cent of India’s total exports head to the United States. The United States is now India’s largest trading partner, and India the twelfth largest partner of the United States,” he said.

He also said that the growth in imports of goods and services from the United States has helped bring India into global supply chains and boost the competitiveness of Indian firms.

“While cumulative US direct investment in India reached around $46 billion in 2019, the actual figure for all sources of US investment is much higher, with US companies having become the largest investors in India and having contributed over five million jobs to the Indian economy. This has included some of the biggest investments in India’s history, such as Walmart’s $16 billion acquisition of Flipkart in 2018, and the more than $16 billion of investments from various U.S. companies in Reliance Jio in 2020,” he said.

He then pointed out that by 2019, Indian cumulative investment in the United States totalled $16.7 billion, a 20 per cent increase over 2018, and provided almost 70,000 American jobs.