Who is looking after social security

IFP Editorial: While the government is dithering on the decision whether to open the women markets of Imphal or not, it is happening on the peripheral streets with hundreds of daily wagers on the rails of the bridge over Nambul River. 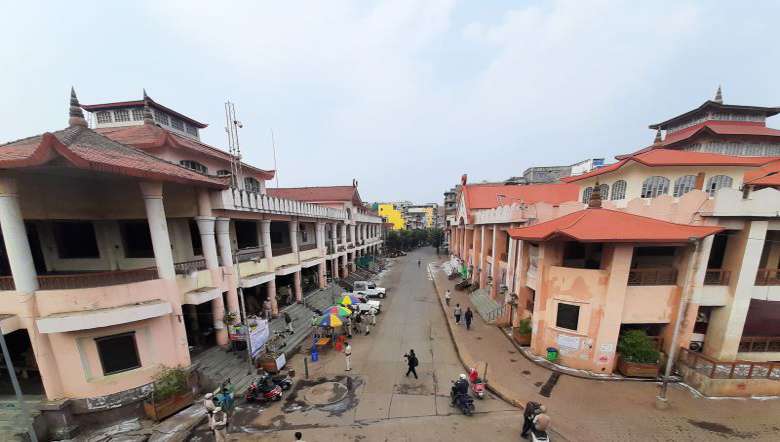 We do not know what the N Biren Singh-led state government is doing for the poor and out of job people in the state who have been affected by the Covid-19 pandemic . It has tried to help the market women and street vendors with loans and working capital under various schemes, but the daily wagers who live hand to mouth are there in the open with no help in sight. The message of appropriate Covid behaviour is not helping them to ease the hunger in the stomachs. Every day, scores of such daily wagers throng near the Khwairamband Bazar in the hope of finding work, any work which involves manual labour. But, not everyone find work and they have to return with empty pockets and dejection. The lasting legacy of Covid-19’s impact on India would be the devastating impact it have had on the lives of millions of poor and jobless. The pandemic is not all about numbers and percentages. It is a public health issue, which has impacted the socio-economic life of the general population like never before. The world has changed and we need to adapt to the changes. And it is not the time to hide behind figures, but to envision the ground reality which is happening right before our eyes and act upon it.

The administration needs to come out of its self-webbed cocoon and try experiencing a real-time situation in the peripheral streets of the main Bazar areas where every morning hundreds of street vendors throng to hawk fresh vegetables and other fare to the eager public. While the government is dithering on the decision whether to open the women markets of Imphal or not, it is happening on the peripheral streets with hundreds of daily wagers on the rails of the bridge over Nambul River.

Take again the fate of thousands of state returnees who were rendered jobless. Whatever data is available of the state returnees it indicates that besides the students, the returnees were earlier employed in different sectors such as restaurants and hotels, private companies, retail, health care, salon and parlours, BPOs, airlines, private banks, among others. Think of it, the returnee numbers is more than 50 thousand as of now. Add to this, thousands of people in the private and unorganized sector of the state who had to face lay-offs due to Covid-19. Some of them might be living off whatever scarce savings they have had. Their continued unemployment and lack of employment opportunities in the near future would certainly develop into a major problem for the state, unless we begin charting our responses in time.

The economic response of the Aam Aadmi Party (AAP) government in Delhi has focused primarily on the poor and created the closest equivalent of a universal social safety net anywhere in India. In the immediate aftermath of the lockdown, the Delhi government’s first priority was food security for all.

After announcing free and double ration for existing beneficiaries of the Public Distribution System (PDS) from April onwards, the government also provided free ration to non-PDS beneficiaries by creating additional distribution points, mostly government schools. Manipur had done that of course with distribution of PDS items free of cost not only by the state government but by aspiring candidates as well.

What Manipur government needs to do now is to evolve a viable social security net out of the existing measures and various schemes taking into consideration the daily wagers, street vendors, jobless returnees and those in the unorganised sector so that there is no social upheaval in the future.