The minister chaired a meeting of Traffic Regulation and Parking Committee (TRPC) of Imphal East and West Districts in Imphal on Thursday. 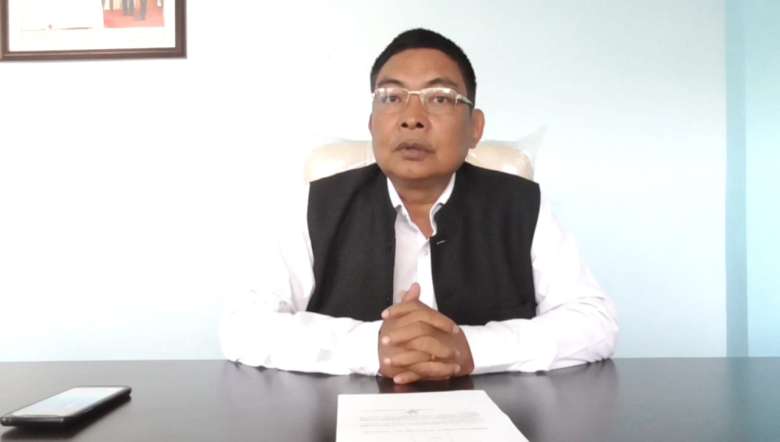 To ensure free movement of traffic in and around Imphal, a meeting of Traffic Regulation and Parking Committee (TRPC) of Imphal East and West Districts was held at the Conference Hall of the Secretariat, South Block, Imphal on Thursday.

In the meeting, chaired by Transport Minister Vungzagin Valte, the inconveniences and sufferings caused by traffic congestion in and around the Imphal city were elaborately discussed.

Officials of various departments expressed their opinions, suggestions and measures to reduce the traffic congestions in the city. Altogether, 16 agenda were discussed in the meeting.

Seeking cooperation and suggestions from all stakeholders and civil society, the minister described traffic management as a huge challenge, especially in view of long-term transport system that is being executed in the capital cities and major towns. He instructed the committee members to explore the introduction of private players to provide parking spaces in the city. He also asked the officials concerned for strict enforcement of the existing bylaws, norms and regulations of the government to solve the traffic issues in Imphal.