Politics of COVID-19 vaccines and other rumbles

As the first groups to receive the shots are from the health care providers, if there are side effects, the question is who will care for those who are ill? 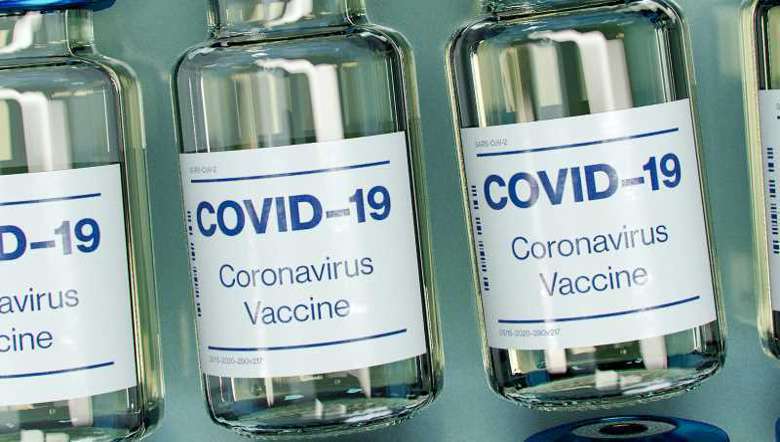 At long last, after a few countries have issued Emergency Use Authorisation (EUA) of vaccines for COVID-19, India also issued EUA for two vaccines Covishield developed by Oxford-AstraZeneca and manufactured by Serum Institute of India (SII), which was the frontrunner and Covaxin developed and manufactured by Bharat Biotech. The moment EUA was issued, there was grumbling that the EUA for the latter was issued without undergoing Phase III trial and this forced a clarification that Covaxin will be the standby and all those who receive the shots of this vaccine will be followed up. This indicates that those receiving the shots of this vaccine will be guinea pigs for Phase III trial. They will be observed for side effects and the efficacy of it through testing of immunoglobulins. Perhaps in the desire to promote indigenously developed vaccines, EUA was perhaps granted, though it was clarified by the authorities that both are safe. Covaxin rather than giving EUA should only be granted permission to conduct Phase III trial.

One major surprise is that praise was heaped upon the Prime Minister for the vaccine though he had nothing to do with it. Scientists of Bharat Biotech may be applauded for their path breaking work or compliment Adar Poonawalla, CEO of SII who had taken tremendous risk to manufacture Covashield and stockpile about 50 million units at huge risk to his company. If the vaccine could not muster EUA, his company would have sunk and as the risk was taken, though calculated, deserve all the compliments. SII can after the paper works are completed start delivering the vaccines. That is not the case with Bharat Biotech, which will need some time. Even Donald Trump thumped his chest for the Pfizer vaccine though he has done nothing towards its development and had utterly failed to lead his country in the fight against COVID-19. The Pfizer vaccine could not muster EUA in India as it has not carried out any trial in India and its requirement of very low temperature for its storage and transport is just not suitable for a country like India. Both Covashield and Covaxin can utilise the existing cold chain system put in place for other vaccines and thus is more suitable for a developing country like India. The risk Adar Poonawalla has made was possible by the Bill and Melinda Gates Foundation which had provided $300 million in two equal instalments to SII for the manufacture of Covashield. So hats off to the Foundation also.

For the present, Covashield will be available through the public health system only at a rate of Rs. 200 per unit but once it is decontrolled it will be available outside it at Rs. 1,000 per unit. The latter is still far off and its availability outside the public health system during 2021 is a big question mark. As mentioned in the preceding paragraph, the Gates Foundation had made it possible to reduce the price for the public health system. The Gates had not sought publicity or credit for the vaccine unlike the self praising politicians who tries to grab the headlines despite the fact they did precious nothing towards the development of the vaccines, though ICMR was involved in the development of Covaxin, which may be one of the reasons for its early EUA.

Just after Phase I trial Russia approved Sputnik5 while China did the same for Sinovac. The army personnel of these countries were perhaps forced to be the guinea pigs for the later trials. UK approved Pfizer-BioNTech COVID-19 vaccine after detailed analysis of the efficacy and safety. This vaccine has also got the Emergency Use Validation from WHO. Covashield is reported to have 70% efficacy while that of Pfizer 90%. It has been reported that delay in the booster dose improves the efficacy and the booster dose is suggested to be given from 4 to 12 weeks after receiving the first shot. As the antibodies are formed 2 weeks after the booster dose is received, in India the booster dose is proposed after 4 weeks. Thus, getting the first shot is no answer to the pandemic; one has to have the booster dose and then wait for a fortnight to feel safe. But all cannot be safe as Covashield has only 70% efficacy thus 30% is likely to have no protection.

Starting vaccination is one step towards the control of the disease but it will take a long time to vaccinate the desired number to attain herd immunity. Even among the medical profession many continue to be sceptical about taking the shots immediately. There are no reports of serious side effects, except for the usual fever, allergic reaction, etc which are manageable. As vaccines are to be used on healthy people, there should be minimal or no side effects. For drugs, it is a balance between its effects for a particular disease and the side effects and the prescribing doctor can weigh the pros and cons before prescribing it. Not so with a vaccine. As the first groups to receive the shots are from the health care providers, if there are side effects, the question is who will care for those who are ill? One is made to remember the satirical comments of the Polish author Monika Wisniewska’s “The vaccine (for COVID-19) should be tested on politicians first. If they survive, the vaccine is safe. If they don’t, then the country is safe”. It reflects on the growing public cynicism in politics in particular and democracy in general; which is dividing the country and the globe at this juncture.

The extension of the service of the Director of JNIMS who had attained 70 years which was clarified to be due to the fact that changing the person midway in the fight against COVID-19, may impact the fight have to be taken with a pinch of salt. Director is the head of the institution and the hospital management falls within the domain of the Medical Superintendent (MS). This is known to all who have a relation with any medical institutions. Both the MSs of RIMS and JNIMS have been changed recently without any impact on treatment of COVID patients. Further, in the case of JNIMs the question is also which is the managing body, the State Cabinet or the JNIMS Society? Similar questions were asked about the role of the State Cabinet on the disaster response which is tasked to the State Disaster Management Authority under law, which has perhaps not even met once throughout. A legal challenge on the various notifications issued by the Chairman of the Executive Committee under the provisions of the National Disaster Management Act, 2005 will bring out the misadministration in the open as he can issue orders only for those which were approved by the State Authority. He continues to issue such orders as if the State Disaster Management Authority had taken a decision, while in fact it was the state cabinet, which had done so. It seems that the State Cabinet is encroaching on the powers and functions of statutory bodies which is made to be non-functional; a dangerous portent for a democratic country.

While on the issue of service extension, the extension of the service of the Director of Health has raised objections from the serving doctors of the state. As the present incumbent is not an expert on public health, his retirement would not have too much of an impact in the fight against COVID-19. When SI Singh, former Joint Secretary in Finance, an institution in himself in the Department on his eve of retirement was offered extension of service by the teh Commissioner of Finance Shri DV Singh he flatly refused on the ground that it will affect the promotional avenues of his colleagues who are in line for promotion. The difference in the ethos and ethics is too glaring to miss!

When the vaccination program starts, it is hoped that it strictly follows the guidelines laid down by the Union Government in this regard and there is no breach but it is suspected that many who are not in the priority list will get the shots even prior to those in the said list only because of their proximity to those in power. We have seen in this fight that even asymptomatic are kept in the hospitals in isolation much to the chagrin of those who are symptomatic but could not get the bed as none is available. Let us hope that all goes well and the disease is controlled. But vaccines or not we have to continue to follow the safety protocols.