Now, pensioners in Manipur can self-update on mPension Manipur App

Enabling ease of accessing pension, the Manipur government has launched mPension Manipur App, an online platform for pensioners in the state. 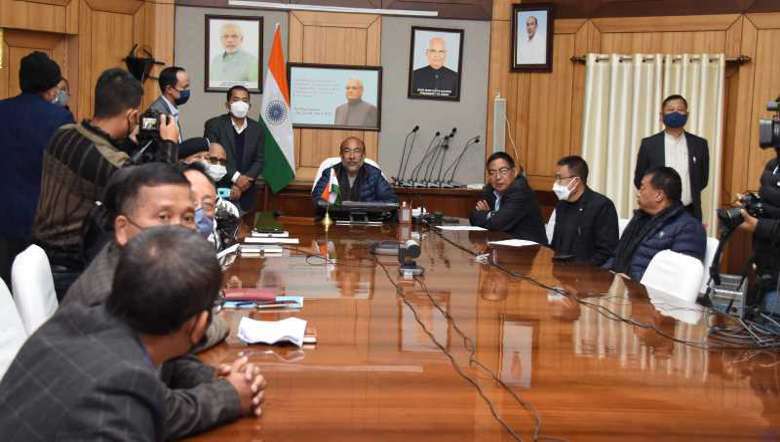 Here's how the mPrension App works | Know all about it

1. Pensioners instead of visiting the Treasury Office can make their periodic photograph updation online through a smartphone or a desktop/laptop, from the comfort of their own homes.

2. mPension Manipur provides facilities to the pensioners to send feedback to Treasures and make queries online.

3. The App notifies pensioners on the status of photographs submitted and the responses of their queries.

4. The App uses Artificial Intelligence techniques to detect whether the pensioner is alive or dead from the updated photographs and will allow the uploading of only photographs taken from living persons.

5. Pensioners can use mPension Manipur to upload photographs for updation (every six months), check the validity period of the last photograph, send feedbacks and queries to the concerned Treasury Office and receive messages from the Treasury Office.

6. The mPension Manipur App can be used and installed in any smartphone with a built-in camera (both Android and IOS) and desktop computer or laptop with a webcam.

7. After downloading the App in their smartphone or desktop/laptop, pensioners should take his/her photograph holding the front page of a leading daily newspaper (local/national) of the day in front of the chest.

8. The App verifies ‘liveliness’ of the pensioner being photographed.

9. While their photographs are being taken, pensioners should perform some facial movements in front of the camera as instructed by the App like smiling, opening of the mouth, turning of face, etc. before being permitted to upload a photo.

However, the earlier practice of pensioners coming to the Treasury Office for physical updation of every six months will also continue. mPension Manipur will function as an additional method to ease the problems being faced by pensioners/family pensioners. It may also give convenience to the pensioners residing outside the State.