Pronoia- The sociological antidote to corona

Pronoia appears rooted in the social complexity and cultural ambiguity of our lives: we have become increasingly dependent on the opinions of others. 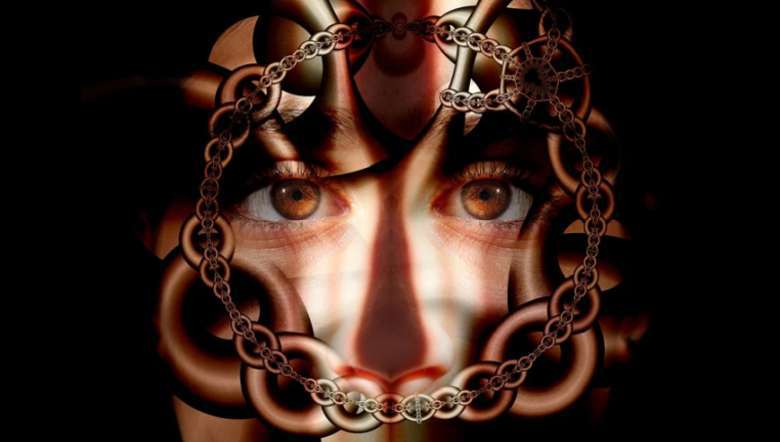 Pronoia is considered to be a new and contagious cultural virus that has infected this younger generation. Pronoia can be defined as the opposite of paranoia. A person suffering from paranoia suspects that persons or entities (e.g. governments/deities) conspire against them. A person experiencing pronoia feels that the world around them conspires to do them good. Some take this concept to the level of a grand philosophical theory (Pronoia philosophy), while others in clinical psychology think that it’s a mental deception rather than a psychological affliction (Pronoia affliction). But here, I’ll deal with the Sociology of Pronoia, its social implications and how it’s inevitably developed to benefit the ‘self’ in this new organic society with the ‘innate social immunity’, which I propose, that everyone has from the time they are involved in social interaction.

Results from the Better Life Index showed that the happiest respondents – even in the wealthiest countries – were not those with the most money or best education. The happiest were the ones who attributed their joy to faith and family.

‘Pronoia’ as an academic term in the field of sociology was coined in the 1980’s by Queens College Professor Fred Goldner and has found its way more recently into the work of Toronto physician and professor Mel Borins. According to Borins: ‘If we think optimistically, then positive outcomes are more likely… attitudinal healing is possible… we have the power to shift consciousness,’ states Dr Borins.

Wired magazine defined Pronoia as "the sneaking feeling one has that others are conspiring behind your back to help you”. But, I would rather take that, it’s not just a sneaking feeling, but an awesome feeling and philosophy of living a good happy life. The extreme form of Pronoia is also manifested in this manner- Your perception of life is that it is one long benefit dinner in your honor, with everyone cheering you on and wanting you to win everything. You think you're the prince/princess.

Dr Fred H Goldner defined Pronoia as the positive counterpart of paranoia. It is the delusion that others think well of one. Actions and the products of one's efforts are thought to be well received and praised by others. Mere acquaintances are thought to be close friends; politeness and the exchange of pleasantries are taken as expressions of deep attachment and the promise of future support. Pronoia appears rooted in the social complexity and cultural ambiguity of our lives: we have become increasingly dependent on the opinions of others based on uncertain criteria. Through his book “Lies! Lies ! Lies! The psychology of deceit”, He also argued that People who exhibit Pronoia are people who ‘suffer’ from self deception. He argued in such a way how through self deception, Hitler destroyed the third Reich. In Eugene O ‘Neill’s The Iceman Cometh, The alcoholic derelict, when stripped of his illusions, kills himself. There are people who suicide when confronted with his/her lies and self-deceptions( Death of a salesman by Arthur Miller). Nevertheless, Pronoia is way different from self deception.

I would like to suggest that this Pronoia is neither a delusion nor psychological affliction but a way of life developed recently though the complexities of the social structure. A mentally ill patient gets cured at a faster pace when he takes his medicine with the belief that the doctor will surely cure him (even if the disease is incurable). People who suffer from nightmares are said to have immense improvement when they look at this world through the perspective of Pronoia. It exhausts them less. With paranoia around them, they always had to build a self defense mechanism by being cautious of their surroundings. While Pronoia is the most powerful antidote with no weapon.  A naked mask of feeling awesome and good. A mental antivirus which has evolved recently to keep in pace with the wrong information feeding the brain each day. The popularity of the book ‘The Alchemist’ is one such formidable example. The book wouldn’t have been so vastly read if the belief that ‘the universe is plotting to make you happy and that there is nothing you can do about it’ is wrong. Pronoia is different from Optimism and Hope. It is about expecting positive results no matter what people say or do, hence sharing a major chunk of social structure. People with Pronoia mental set up exhibit attitude, character and behavior of high esteem. But, pure human optimism has its limits, and some studies indicate it can be dangerous because it hinders peoples’ more general sense of caution. It’s their inherent wariness that protects them from risk in numerous facets of life ­ relationships, business, etc.

A man named Robert in an article described how he found a path to freedom. At one point in his life he felt paralyzed by periods of intense fear and paranoia, which made it almost impossible to carry on his daily activities. To find freedom from this took more than simply an attitudinal adjustment; it took discovering and yielding to a power bigger than positivity. He wrote spiritual inspiration from hymns and the Bible on flash cards that he looked at each time he got threatened. He found this sentence by author and Christian healer Mary Baker Eddy particularly helpful, “Know, then, that you possess sovereign power to think and act rightly, and that nothing can dispossess you of this heritage and trespass on Love [God].” Slowly but surely he was fully healed and began a teaching job, which, for many years proved a blessing. In Robert’s experience, once he realized which sovereign power was really governing, he no longer felt dependent on human attitudes to control whether he had a good or a bad day. Hence, Pronoia way of life, gave the light to his miserable life. What we have to understand here is that Robert was not manipulating his brain cells, but believing in a grand theory.

Blumer, a famous sociologist, known as a father of symbolic interactionism, talked about an ongoing theme throughout his work, he argued that the creation of social reality is a continuous process. People sometimes classify Pronoia as the happiness syndrome instead of a gradual social process.

Pronoia is best expressed in PLUR. PLUR is the best ideal form of Pronoia. Simply put is Peace, Love, Unity, and Respect. But as is true with everything in the world, nothing can be simply put. PLUR is a lifestyle, a state of mind, and an outlook on life , a mental set up inevitably developed from the complex structure of social life. It was developed in the rave culture. Hence, people sometimes equate Pronoia with PLUR.

PLUR can be experienced from the music you like. As a consequence of PLUR, the mental set up of Pronoia is set to be built. Picture that the music you like is pumping, the lights are shooting through the smoke filled room, your body moves as if taken over by the beat, you look around, you smile and realize that at that second every person in the room with you is your best friend. There is no judgement, no worries, nothing but a solid beat, a good vibe, and the knowledge that everyone around you truly understands what it is to be at peace with everyone else. They are willing to love anyone for who they are without judgement. You can feel the unity that comes from knowing that you are truly above all worries. And you realize that everyone, including yourself, respects everyone and everything around them. Then you realize the music is hopping, the people are grooving, and you and everyone around you have entered a world most people can only dream of.

That’s PLUR and once it takes you over you will never be the same. It is the anthem of the raver, and the ideal by which they operate. It is a conscious choice to accept, love, and respect everyone around them, including those who would laugh at their principles and ideals. It is the strength which keeps them in their constantly happy mood, and it gives them the strength to persevere in a world which judges a book simply by its cover, not even taking the time to understand the beauty that lies within.

Nietzche once said “Conviction are more dangerous enemies of truth than lies”. And Pronoia is one concept which exhibits the changes in this modern social system. It’s ongoing, never stopping process and find its own ‘niche’ with the idea of ‘habitus’ associated with it, as its functions and utility are beyond what one can ever imagine of. It’s the social immunity which was already there but got developed recently due to specific social stimulus.