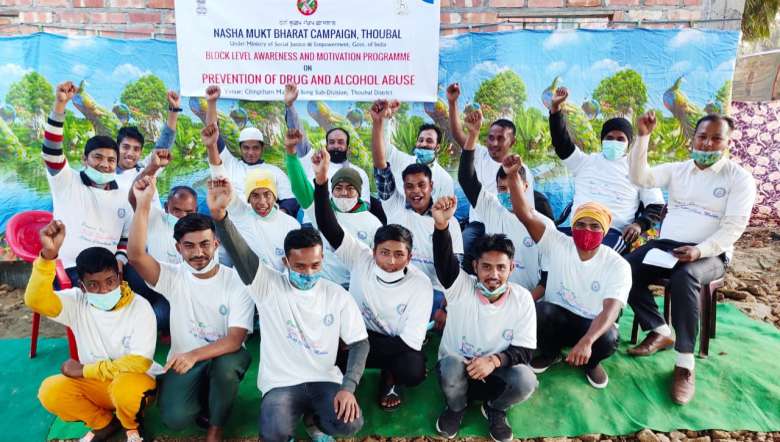 The Nasha Mukt Bharat Campaign Committee (NMBCC), Thoubal district organised a cycle rally and block-level awareness and motivation programme on Prevention of Drugs and Alcohol Abuse at various places of Thoubal covering different communities of the district on Sunday.

Different Kabui and Muslim Communities participated the programme where a wide range of messages were delivered on the role of parents, friends circle and society in the prevention of drugs.

All the dignitaries of the programme delivered their speeches on how to fight collectively to end the menace of drugs and intoxicants in the district.