Hollywood has witnessed the loss of some greatest actors of all time in the history of cinema in the pandemic year 2020. 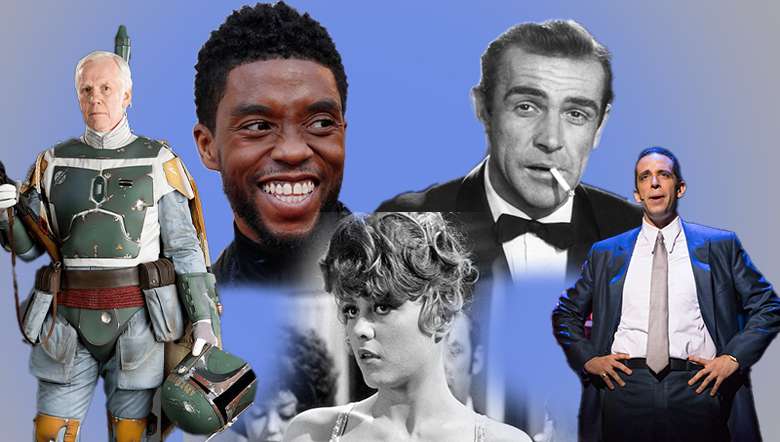 The year 2020 witnessed the loss of millions of people due to the Covid-19 pandemic. It was a tough year for all. It was also a painful year for the entertainment industry, which lost some of the great versatile actors who have been entertaining the world. Hollywood has witnessed the loss of some greatest actors of all time in the history of cinema. Here are five Hollywood legends who passed away in 2020.

Sir Sean Connery was a Scottish actor. He was the first actor to play the role of the famous fictional British secret agent “James Bond” on film. And is the best Bond star till date. He acted in seven Bond films between 1962 and 1983 and won several awards and recognition. His achievements in films were recognised with an Academy Award, two BAFTA Awards and three Golden Globes, including the Cecil B DeMille Award and a Henrietta Award. In 1987, he was made a commander of the Order of Arts and Letters in France, and he received the US Kennedy Center Honors lifetime achievements award in 1999.

Connery was knighted by Queen Elizabeth 2 in the 2000 New Year Honours for service to film drama. In 2005, he received European Film Awards Lifetime Achievement Awards and in 2006, he received American Film Institute’s Life Achievement Award as he confirmed retirement from acting. In 2004, Connery was polled in the Sunday Herald as “The Greatest Living Scot” and in 2011 EuroMillions survey as “Scotland’s Greatest Living Treasure”. He was voted by people as the “Sexiest Man Alive” in 1989 and the “Sexiest Man of the Century” in 1999. Connery died in his sleep on October 31, 2020, at age 90, at his home in the Lyford Cay Community of Nassau in the Bahamas. His death was announced by his family and Eon Productions though they did not disclose the cause of death.

Chadwick Boseman was an American actor and playwright. Bose achieved international fame for playing the superhero role Black Panther in the Marvel Cinematic Universe from 2016 to 2019. He appeared in four MUC films, including an eponymous 2018 film that earned him NAACP Image Award for Outstanding Actor in a Motion Pictures and a Screen Actor Guild Award for Outstanding Performance by a Cast in a Motion Pictures.

As the first black actor to headline a MUC film, he was also named to the 2018 Time 100. In 2016, Boseman was diagnosed with colon cancer keeping his condition private. He also supported cancer charities publicly and privately, as well as giving to organisations that support disadvantaged children. He continued to act until his death from complications related to the illness in August 2020. Boseman died of cancer at the age 43 during the post-production of Ma Rainey’s Black Bottom in august 2020, making Black Bottom his final film appearance.

Nick Cordero was a Canadian actor. Cordero appeared on Broadway in 2014 in the musical Bullets Over Broadway in the role of Cheech for his role he got nominated for the Tony Award for Best featured Actor in a musical and twice nominated for Drama Desk Award. He also won the Outer Critics Circle Award for Outstanding Featured Actor in a Musical and a Theatre World Award  for the role. Cordero died at the age 41 from covid-19 related complications after more than three months in hospital.

Jeremy Bulloch was an English actor. He gained recognition for originating the physical portrayal of Boba Fett in the Star Wars franchise, appearing in the films The Empire Strikes Back (1980) and The Return of Jedi (1983). He returned to the franchise in a different role for 2005’s Revenge of the Sith. He also appeared in numerous British Television series, including Doctor Who and Robin of Sherwood. He also had three minor roles in three James Bond films. Bulloch died from complication of Parkinson’s disease on December 17, 2020 at Saint George’s hospital at Tooting. He was 75.

Margaret Nolan, with the perfect alluring glam look, was an English actress, visual artist and glamour model. In 1964, Nolan played the role of Dink, Bond’s Masseuse, in the James Bond film Goldfinger. She also appeared in several television shows, theatre productions and films. After a gap of nearly three decades Nolan returned to the screen in 2011. Ann Cameron especially wrote her role in Yvonne Deutschman's The Power of Three. In 2019, Edgar Wright cast her in his upcoming 2021 film Last Night in Soho. Born on October 29, 1943, Nolan died of cancer on October 5, 2020 at her home in Belsize Park, London, at the age of 76, three weeks before her 77th birthday.