The daylong Mass Media Campaign and Sensitisation Programme was held at the counting hall of DC office, Thoubal on Thursday. 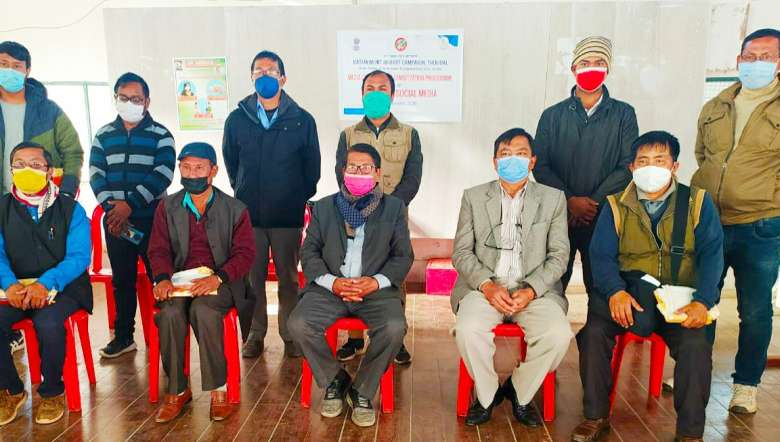 With a view to sensitise the media fraternity regarding the ongoing Nasha Mukt Bharat campaign in Thoubal district, a daylong Mass Media Campaign and Sensitisation Programme was held at the counting hall of DC office, Thoubal on Thursday.

Arambam Kameshwar briefed the objectives of the programme and management of Nasha Mukta Bharat campaign in Thoubal district and sought for cooperation of from media fraternity for successful implementation of the programme in the district.

While appreciating the services rendered by the press and media during the last five months, Yumnam Laksman highlighted the major activities conducted by the District Level Committee from August to December 2020.

AIR correspondent, Soibam Binoy expressed that because of the misuse of drugs and alcohol, a lot of issues like rape, murder, cheating and stealing of vehicles are on the rise. The district has not only become a route for transportation of drugs, there are reports of drugs manufacturing in some places of the district, he added.

He also suggested that there should be a feedback and impact assessment of the campaign activities. The health hazard, economic problems and its consequences may be shown in the form of a film so that it may directly help in convincing the younger generation not to use the drugs and alcohol. A signature campaign may also be organised for the parents through the students, Binoy added.

Th Inaobi Meitei of RDS, Wangjing openly appealed the media fraternity to recommend the Integrated Rehabilitation Centre for Addicts (IRCAs) for further treatment and rehabilitation of the drug addicts. He also suggested that showing of demographic profiles of drug addicts, targeted community and family background of the drug affected people will be of great help in analysing and treatment of the addicts.