The book is written by renowned novelist from Kakching, Kshetri Bira, an awardee of 10 literary awards. 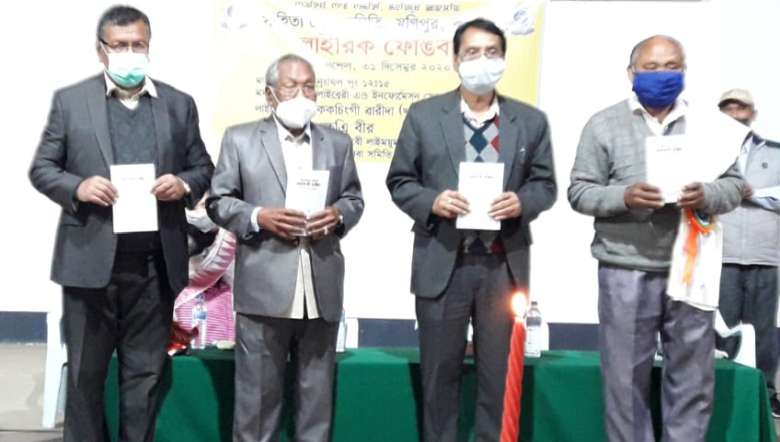 A book entitled ‘Kakching Gi Warida (1518-1945)’ was released on Thursday at the auditorium of Library and Information Centre, Kakching.

The book is written by renowned novelist from Kakching, Kshetri Bira, an awardee of 10 literary awards, including Sahitya Akademi, Manipur State Award for Literature and Manipur State Kala Academy (literature). The writer is a teacher by profession. He received Sahitya Akademi Award in 2011 for his novel ‘Nangbu Ngaibada’.

The book which was brought out on Thursday refers on historical and cultural accounts of Kakching and it is published by Kahetri (O) L Sunita on behalf of Sahitya Seva Samiti Manipur, Kakching.

Naoroibam Indramani lauded the writer for bringing out such a useful historical book of Kakching and Manipur.

The book was reviewed by the noted critic, Salam Tomba. Many renowned literary figures of the state attended the book release.