Not only at marriage ceremonies, Thang-Ta should not be performed as a piece of entertainment in public places, KIMACS said. 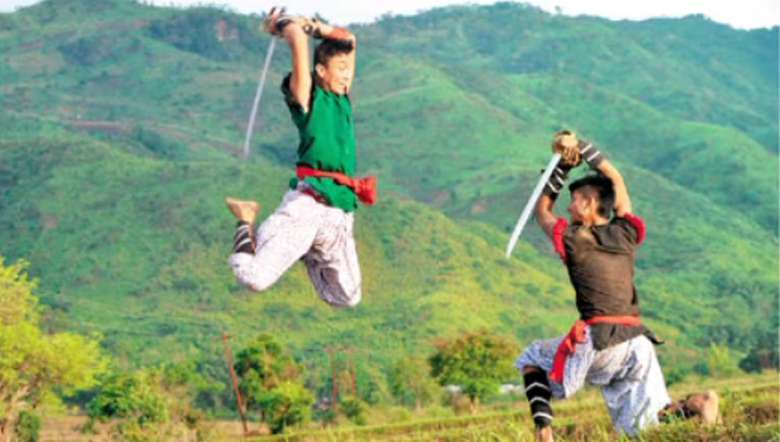 Concerning the recent trend of performing Thang-Ta during marriage ceremonies, theKanglei Indigenous Martial Arts and Cultural Society (KIMACS) on Thursday appealed to the people to stop such practices, stating that it amounts to a devaluation of the art form.

Displaying the martial art of Manipur, Thang-Ta, which is dedicated to worship and skilled fighting, in a marriage ceremony is highly unfortunate, stated a release signed by secretary art and culture, KIMACS L Sanjit Khuman.

Marriage ceremonies are not the place to present such a highly regarded art form and the people should stop the trend, it stated. Not only at marriage ceremonies, Thang-Ta should not be performed as a piece of entertainment in public places, like hotels, it added.

The release stated that people may consider that presenting Thang-Ta at such public places may help promote it. But that concept would be wrong as it would rather devalue and debase the art form which is very much associated with culture and tradition of the Meitei community, it added.

The release stated that realising the significance of this art form, Thang-Ta has started gaining recognition, and it has been even enlisted among the games to be featured in Khelo India Youth Games 2020.

Besides, students have started learning it as one of the subjects in school, colleges and universities. The art form itself can provide scope for doing research, it stated while appealing to protect and promote the art form in an ethical manner, it added.