Several farmers in the hill district of Tamenglong lament that they could not burn up the cutting of their jhum fields as rainfall hit the region very early this year. 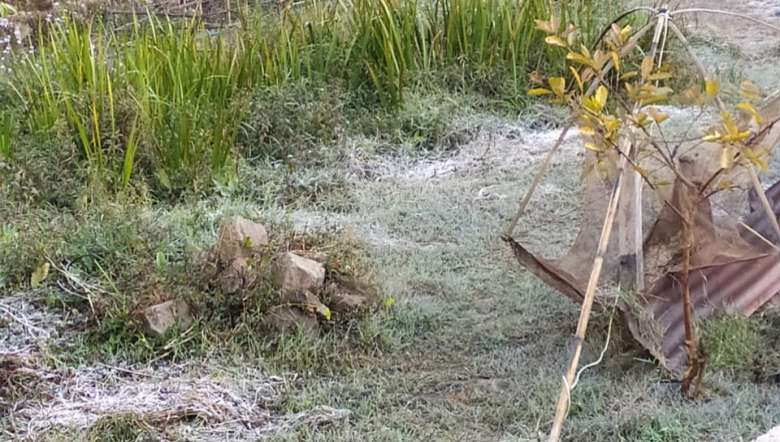 While the Manipur government is yet to frame a state policy on climate change, the various problems caused by environmental changes are posing a serious concern to the people, especially the farmers, in hill districts of Manipur.

Farmers in the hill districts of Manipur mostly practise jhum cultivation. Owing to climate change, most of them are struggling to cope with the erratic weather condition witnessed in recent years.

Several farmers in the hill district of Tamenglong lament that they could not burn up the cutting of their jhum fields as rainfall hit the region very early this year. It rained continuously during the time of putting fire to the field, they said.

One farmer Duankam Gangmei from Thingou village in Nungba subdivision told the Imphal Free Press that this year paddy harvest was good, but vegetables in his jhum field failed to produce a good yield.

Another farmer Ringthening from Taningjam in Tousem subdivision told IFPthat though paddy yield was good, other food crops yield was not good. However, paddy yield often declines after five years, he said.

Some attribute the practice of jhum or shifting cultivation which involves cutting down of trees to climate change, but United Builder’s School Tamenglong principal and Retired Major G Kamei said hill people practise shifting or jhum cultivation but such method of cultivation does not affect climate change. There is at-least eight-10 year gap of cutting the forest for farming in one particular place and the harvested land area is left for regeneration of vegetation, he said, speaking exclusively to the Imphal Free Press.

Increasing population over the years, growth of human civilization and expansion of urbanisation are some of the contributing factors to the drying up of rivulets and shortage of water, he said. He urged the people of Tamenglong not to destroy streams and rivulets while constructing houses and buildings, and not to construct toilets near rivulets.

Pointing out that Tamenglong is becoming warmer by the year, one Dr Ajin Panmei said, “We used to play at the frozen lower ground in the nineties, but now we don’t hear of such thing anymore,” he said. He said that as the water sources are drying up, the water supply he gets from the PHED is not sufficient. So he buys 9000 litres of water every year.

Meanwhile, state deputy director of environment and climate change Brajakumar said the government will soon frame a state policy on climate change to address the many problems facing the people due to the environmental changes taking place. He was speaking at a recent consultation workshop held for the second state action plan on climate change of Manipur (SAPCC-Version 2) that started at Kakching district. The workshop will continue in every district of the state. The Alliance for Development Alternative, Manipur in collaboration with the state Directorate of Environment and Climate Change had organised the consultation workshop and preparation of DEP at Angaanching Eco-park Kakching.