The Confederation of Meghalaya Social Organizations said that the Centre has failed to respect the decision of the 60 MLAs by delaying to approve the resolution on ILP passed in the state Assembly in 2019. 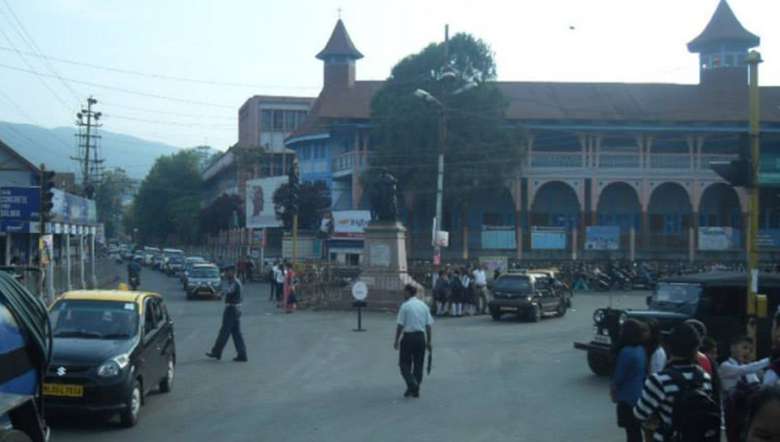 Commemorating the 158th death anniversary of legendary freedom fighter, U Kiang Nangbah on Wednesday, the anti-influx groups in Meghalaya announced that they would intensify agitations after the new year till the demand to implement the Inner Line Permit (ILP) is fulfilled.

The Confederation of Meghalaya Social Organizations (CoMSO) also took out a torch rally from Mawlai to Motphran as a mark of protest against the Centre's attitude towards the demand for ILP.

CoMSO Roykupar Synrem secretary said that the Centre has failed to respect the decision of the 60 MLAs by delaying to approve the resolution on ILP passed by them in the state Assembly last year.

"Therefore, we have decided to fight till we get ILP. We will also intensify our agitations till the Meghalaya Residents Safety and Security (Amendment) Bill, 2020 is implemented," he said.

Synrem also sent a clear message to the 60 MLAs, 90 MDCs and three MPs of the state that they should not forget that they are in their respective positions because of the mandate given by the people of the state.

"Therefore, if they fail (to ensure Meghalaya gets ILP and MRSSAB), it is high time for each and every member of the society to come out to the street and ensure that the demand for such effective laws is achieved," he said.

The CoMSO also reiterated its demand to Minister Conrad K Sangma to lead a delegation to Delhi for aggressively pursuing the ILP demand with the Centre.

Meanwhile, Hynniewtrep Youth Council (HYC) vice president Donboklang Kharlangdoh asked if the Centre can give ILP as a gift to Manipur then why not for Meghalaya.

"If you (Centre) want peace to prevail in the state, give ILP to Meghalaya," he said.

At Jowai, the district headquarters of West Jaintia Hills, the Jaintia Students' Union (JSU) and the Khasi Students Union (KSU) took out a car and bike rally to protest against the Centre's delay to implement ILP in the state.

Activists of the two pressure groups also paid floral tribute to the statue of the legendary freedom fighter, U Kiang Nangbah at Syntu Ksiar.

Speaking to reporters, JSU general secretary, Treibor Suchen slammed the Centre for "lacking" political will to fulfill the long pending aspiration of the people of the state.

"If the Centre continues to delay, we will be compelled to come out to the street and demand for our rights," he said.

Suchen said it is misleading to say that if MRSSA is implemented, Meghalaya no longer needs ILP.

"We accept all laws but we need ILP to protect our land and identity," he added