Oxford-AstraZeneca Covid vaccine approved for use in UK 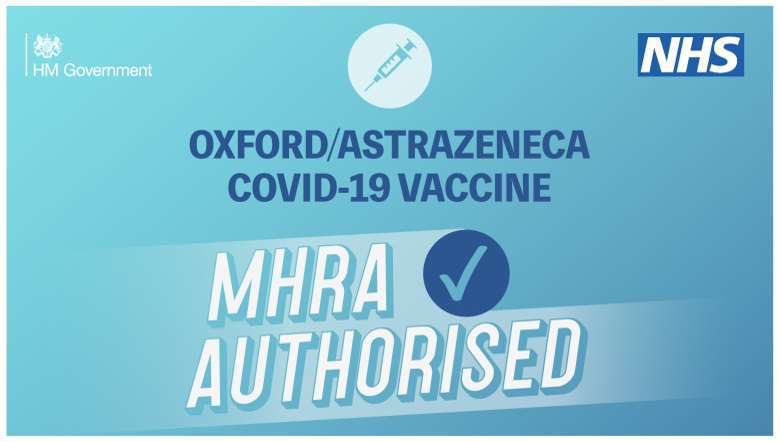 Britain on Wednesday approved the coronavirus vaccine developed by Oxford University and AstraZeneca for use. The authorisation recommends two doses administered with an interval of between four and 12 weeks, official sources said.

The approval followed a rigorous clinical trials and a thorough analysis by the Medicines and Healthcare products Regulatory Agency (MHRA), which has concluded that the vaccine has met its strict safety, quality and effectiveness standards.

"The Government has today accepted the recommendation from the Medicines and Healthcare products Regulatory Agency (MHRA) to authorise Oxford University/AstraZeneca’s Covid-19 vaccine for use. This follows rigorous clinical trials and a thorough analysis of the data by experts at the MHRA, which has concluded that the vaccine has met its strict standards of safety, quality and effectiveness," the UK government said in a statement.

The government said that the Joint Committee on Vaccination and Immunisation (JCVI) has advised that priority should be given to as many people in at-risk groups their first dose, rather than providing the required two doses in as short a time as possible.

"Everyone will still receive their second dose and this will be within 12 weeks of their first. The second dose completes the course and is important for longer term protection. From today the National Health Service (NHS) across the UK will prioritise giving the first dose of the vaccine to those in the most high-risk groups. With two vaccines now approved, we will be able to vaccinate a greater number of people who are at highest risk, protecting them from the disease and reducing mortality and hospitalisation," it stated.

Meanwhile, UK Prime Minister Boris Johnson expressed happiness over the development and termed it a "triumph for British science".

"It is truly fantastic news - and a triumph for British science - that the @UniofOxford/@AstraZeneca vaccine has been approved for use. We will now move to vaccinate as many people as quickly as possible," Boris Johnson tweeted.

AstraZeneca’s Chief Executive Officer Pascal Soriot also said, “Today is an important day for millions of people in the UK who will get access to this new vaccine. It has been shown to be effective, well-tolerated, simple to administer and is supplied by AstraZeneca at no profit. We would like to thank our many colleagues at AstraZeneca, Oxford University, the UK government and the tens of thousands of clinical trial participants”.

The United Kingdom is currently grappling with the new strain of coronavirus, which is believed to be more infectious than the original strain that caused the pandemic. Many countries, including India, have suspended flights from the UK amid concerns over the new strain of the coronavirus.

India has extended the suspension of flights to and from the United Kingdom till January 7, 2021 as 20 people, who returned to India from the UK, tested positive for the new UK variant genome of SARS-CoV-2.