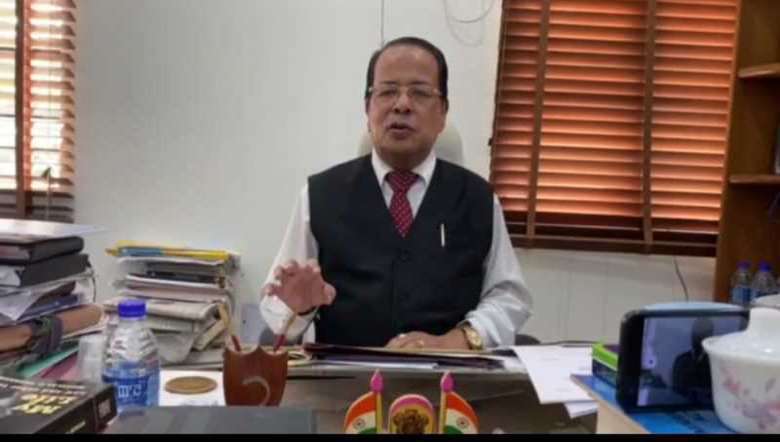 The Manipur Human Rights Commission (MHRC) on Tuesday directed state government to submit a report on why Masle was illegally arrested without appropriate inquiry and why no recommendation for compensation has been made against illegal detention.

The report has to be submitted on or before January 15, 2021. Kaimei case is related to the seizure of one lakh contraband WY tablets by 23 AR on April, 10, 2018 while FIR Case No 60(5)2018 Lilong PS is filed with allegation for molestation of women against Masle.

The MHRC had registered a complaint after Md Masle alias Masleuddin, 64, son of late Md Heidar Ali of Lilong Haoreibi Turel Ahanbi, Thoubal district filed a complaint against the six respondents on December 28.

Masle on the complaint stated that he has been a victim of false and fabricated cases under ND and PS Act 1985 and Prevention of Illicit Trafficking in Narcotic Drugs and Psychotropic Substances Act, 1988.

He further alleged against the six respondents that he was falsely and groundlessly arrested by NAB SP and NAB additional SP and implicated in some FIR cases. He was detained under PIT ND and PS Act, 1988 and later released after quashing the detention order by the High Court of Manipur on March, 14, 2019. And he was discharged from the FIR Case No 37(5) 2018 NAB PS, the complaint said.

Masle had prayed for inquiry into the false and fabricated cases against him and commensurate compensation for his illegal detention and his ultimate discharge by the Special Court (ND and PS), Manipur.