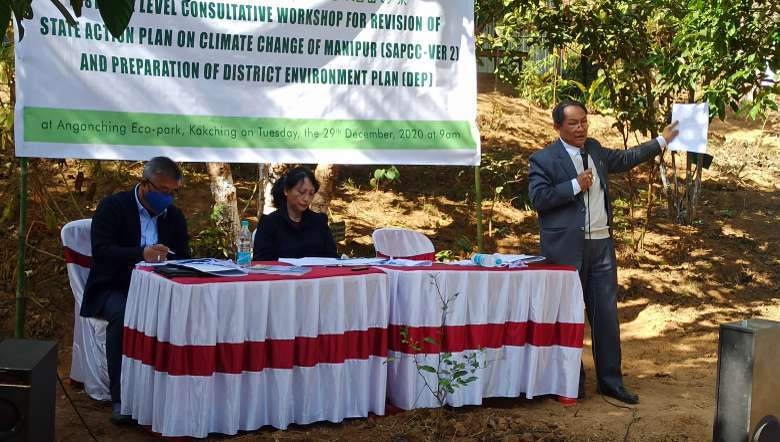 Brajakumar, deputy director of environment and climate change, was addressing the one-day district-level consultation workshop for the second state action plan on climate change of Manipur (SAPCC-Version 2) revision that started at Kakching district on Tuesday.

The Alliance for Development Alternative, Manipur (ADAM) in collaboration with the state Directorate of Environment and Climate Change organised the consultation workshop and preparation of district environment plan (DEP) at Angaanching Eco-park Kakching.

The National Green Tribunal (NGT) has directed all the state government to prepare the district environment plan (DEP) and state environment plan (SEP). As a part of the exercises for revision of SAPCC and preparation of DEP, consultation the workshop is being organised under district administration along with district-level officers (DLOs), local NGO, representatives and experts to prioritise and integrate the strategic actions of the specific district, Brajakumar said.

Professor N Rajmuhon of Manipur University suggested the introduction of environmental studies with issues on climate change in the school syllabus.