Small farmers having limited knowledge regarding farm information and access to e-market and distant marketing will be the loser. 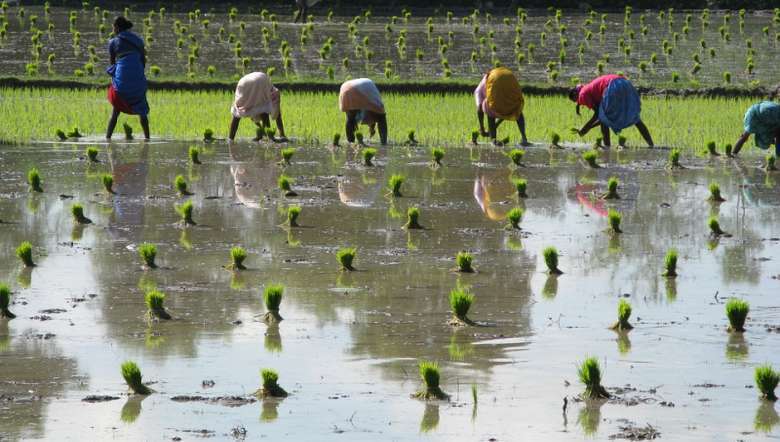 India’s New Farm Bill-2020 has been the talk of the town in every forum of intellectuals, civil bodies, farming communities and stakeholders in the agricultural sector. The debate continues among the ruling parties and between the Opposition and the Ruling parties be it at the national or state level. Farmers across the country have been protesting against the three new farm bills due to one or the other reasons. Several protests are being carried out by farmers of Punjab, Haryana, Maharashtra, Madhya Pradesh and Karnataka too where they are main producers of cereals, oilseeds, pulses and other vegetables. The situation worsened as farmers of Haryana and Punjab marched towards the national capital and carried out massive protests against the farm bills. The concern state government has failed to convince their farmers and it now lies upon the Union government to hold talks with the farmers and convince them about the newly passed farm bills.

However, Agriculture Minister Narendra Singh Tomar has said the MSP mechanism for farmers will continue. Also, the proposed laws would not encroach upon the Agriculture Produce Marketing Committee (APMC) Acts of the states. These Bills are to ensure that farmers get better prices for their products without being subject to the regulations of Mandis, he has said, adding the Acts will increase competition and promote private investment which will help in the development of farm infrastructure and generate employment. Do the farmers and the government have enough explanations in their favour or not is a big question to the general people.

Will the states in Northeast India, especially Manipur, be hampered by these New farm Bills?

To have first-hand knowledge about the issue, we need to understand what this new Farm Bill-2020 is all about.

The three farm reform bills passed by the Indian Parliament in the agricultural sector as the Farm Bill 2020 are:

Experts are of the concern that the new reform allows farmers to sell their produces anywhere within the country under the ‘One Nation- One Market’ mode. Earlier the “Essential Commodity Act “restricted farmers from selling anywhere other than government-approved Mandi’s called the APMC (Agriculture Product Market committees). The APMCs were initially set up to protect farmers from big retailers and middlemen. An APMC is a state-operated market where farmers are allowed to sell their produce to traders or middlemen. These middlemen then sell their produce to consumers throughout the country. Many states had restricted their farmers from selling their produces anywhere except on these Mandis only. APMC’s are providing information regarding prices through MSP’s. MSP (Minimum Support Price) is the minimum price that the farmers can sell that is set by the government in earlier so that the farmers may get the balance prices of their produces. But unfortunately for farmers, the prices in APMC’s although above MSP, are controlled by the middlemen cartels. These cartels come into an agreement over the price set beforehand. The essence of the new bill is to limit the operation of APMC laws by states to the market yards; allowing third parties to set up online trading platforms for trading in agricultural commodities and to set up a dispute-resolution mechanism for buyers and farmers to be operated by a sub-divisional magistrate. The new bill, however, does not do away with APMC’s. If the farmers still want to, they can go ahead and sell their produce at APMC’s and avail the MSP support. But they have the freedom to sell elsewhere and receive higher prices but are at the risk of not having MSP’s.

Reviews have found that in Haryana, over 75 per cent of the wheat is bought by the government at MSP rates whereas this number is higher in Punjab at 85 per cent.  The Punjab government charges a six per cent mandi tax apart from a 2.5 per cent fee for maintaining APMC’s giving them an annual revenue of Rs 3,500 crore. These revenues that are earned from farmers are then given back to them as graceful subsidies in the form of electricity etc. This plays a very important role in the voting dynamics and hence the unrest in these states. It is also naive to simply assume that farmers in Punjab who are accustomed to Mandis will go ahead and sell their produce to buyers in Karnataka. India is still plagued by huge connectivity issues and the cost of transit might far exceed that paid to APMC’s. Farmers rely on MSP and have strong market systems based on APMC’s.

In India, the state governments have the power to regulate agricultural markets and fairs. Hence different states have different approaches towards this. However, states like Manipur, Kerala, and Bihar do not follow the APMC system at all. Manipur is also a state where farmers are of small and marginal in both the landholding and their marketable produce even though they have the huge potential of marketing their underutilized and organic produces. Such states like Manipur have been exploited by the middlemen and retailers due to the non-availability of APMCs, regulated market, market infrastructures and transportations constraints.

The Negative Side: Small farmers having limited knowledge regarding farm information and access to e-market and distant marketing will be the loser. Again, many states will lose revenue as they will not be able to collect ‘mandi fees’ if farmers sell their produce outside registered Agricultural Produce Market Committee (APMC) markets. Also, commission agents stand to lose if the entire farm trade moves out of mandis. But, more importantly, farmers and opposition parties fear it may eventually lead to the end of the minimum support price (MSP)-based procurement system and may lead to exploitation by private companies.

The Farmers (Empowerment and Protection) Agreement of Price Assurance and Farm Services Bill, 2020:

This new reform gives the farmers the right to enter into a contract with agribusiness firms, processors, wholesalers, exporters, or large retailers for the sale of future farming produce at a pre-agreed price. One of the greatest advantages that farmers receive through this bill is the price assurance even before sowing his crops. Usually the Multi-National Companies (MNC’s) regularly get into contracts with farmers in order to ensure they receive specified types of produce.

Big companies will have the freedom to stock commodities, helping them dictate terms to farmers. The downside to this is, however, lies in the fact that over 86 per cent of the country’s farmers are marginal farmers, who own very little land. The possibility that huge corporations will go ahead and exploit the farmers through unbalanced contracts is high. These contracts include the dangers of turning farmers into slaves. Farmer bodies and opposition parties say the law is framed to suit “big corporate who seek to dominate the Indian food and agriculture business”. It will weaken the negotiating power of farmers. Also, big private companies, exporters, wholesalers, and processors may get an edge.

Although the Indian agriculture sector occupies 86 per cent of the population in agriculture and allied activities, of which 30 per cent are really depending on secondary agriculture. The new reform will certainly be thrown out of the business for this section of the population. Experienced have revealed that the farmers of Manipur have not been satisfied regarding the marketing aspects of contract farming wherein the farmers often faced marketing problems, resulting in distress selling and in many times their produces were disposed of. Over and above, more than 30 per cent of the farmers are tenant in valley areas and land tenureship for the hilly regions need to be reformed.

Positive Side: The farm bill seeks to transfer the risk of market unpredictability from farmers to sponsors. Besides giving them access to modern tech and better inputs, it also seeks to boost farmer income by reducing the cost of marketing.

Negative Side: This may be beneficial for the real farmers who own lands and for the big farmers only.

This proposed legislation seeks to remove commodities like cereals, pulses, oilseeds, onion, and potatoes from the list of essential commodities and will do away with the imposition of stock holding limits on such items except under ‘extraordinary circumstances’ like war, famine, extraordinary price rise and natural calamity.

Positive Side: The bill is aimed at attracting private investment or foreign direct investment (FDI) into the farm sector as well as bringing price stability.

Negative Side: A country like India having regional disparity in their socio-economic structures will definitely face a lot of economic distress, especially the middle and marginal section of the communities. The case is frequently happening in Manipur where the prices of essential commodities have been manipulated by the big business and market intermediaries.

Nevertheless, whether the three farm bills will be implemented or not; whether the situation is of political drama or not; the looser will be the middlemen and commission agents. Ultimately, farmers in the country will be impacted.

To get rid of the whole dilemma, the author is willing to suggest or advice our small and marginal farmers for having or formation of the Farmer Producer Organizations (FPOs) which forms the real forum for getting the backward and forward linkages of the farming business.