High level India-Myanmar committee meeting will be held in Mandalay on January 5 to discuss reopening of border gates to ease the plight of the business communities. 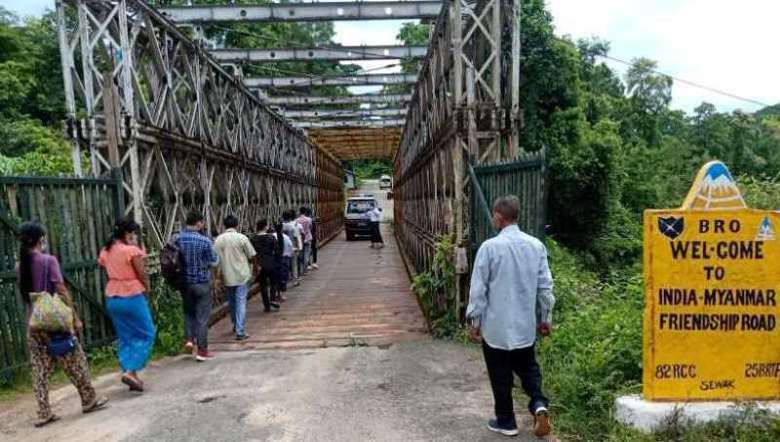 Despite the India-Myanmar border gates being sealed since the outbreak of the COVID pandemic, smuggling of drugs and other illegal items from Myanmar into Manipur continues unabated and illegal business thrive while legal traders and small business community suffer greatly. To ease the plight of the people in the areas, including border town Moreh in Tengnoupal district, whose livelihood depends on border trade, efforts are being made to reopen the border gates.

Moreh route has turned into an illegal smuggling route, Member of Parliament RK Ranjan remarked at the ‘Seminar on Post COVID-19 Cross Border Trade’ and said that a high-level committee meeting between India and Myanmar will be held on January 5 in Mandalay. The meeting will discuss reopening of the border by taking up all necessary measures for keeping the spread of COVID-19 in check, he said.

"With all our collective efforts, trading should flourish smoothly. According to recent studies, trading values have reduced from $128 million to $76 million dollars," he said at the seminar organised by the Border Trade and Chambers of Commerce (BTCC) in Moreh on Monday. 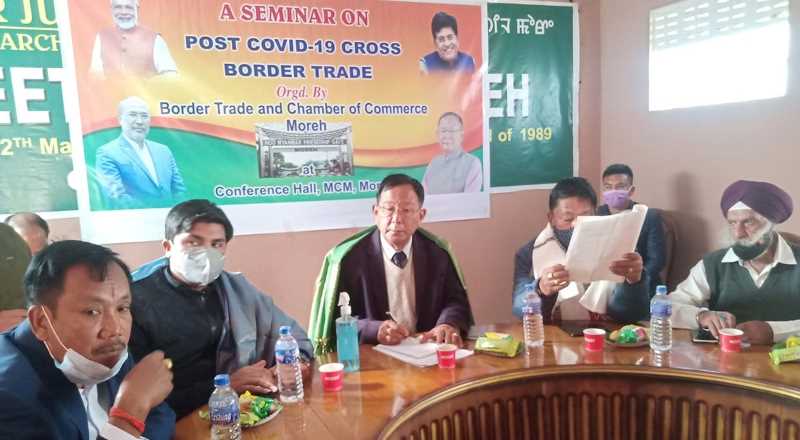 Appealing to the state and Central government to reopen the border gates that were closed since the outbreak of the COVID- pandemic in the state, Meetei Council Moreh (MCM) president M Thoiba Singh said illegal businesses and drug trades continue unabated as security forces keep on arresting people involved in these illegal activities.

"Whenever the border is closed and legalised trade comes to a halt, the people whose livelihood depends on this trade suffer greatly. But the business of drug smuggling continues to thrive on a large scale," he added.

Highlighting the difference of development and progress between Moreh town and Tamu town, NEFIT Secretary I Rajen said that within a short period of time, Tamu town of Myanmar is witnessing a fast development phase but Moreh in Manipur remains as it is.

Rajen said the number of trading items between India and Myanmar was increased to 62 recently but due to many reasons, trade could not continue smoothly.

Pointing out that Moreh is the only place where trade between Myanmar and India can flourish, he said the government should keep a special vision for this town and its trading route. He suggested keeping one directorate instead of an OSD in the Industry department of the state government.

Many other civil body leaders expressed their views on the importance of Moreh town as a gateway to the South-East Asian countries. Trading can flow smoothly when the town is developed properly and the law and order situation in the town is improved, they said.

Owing to high numbers of security check posts in the border area, the movement of people on the route becomes an ordeal as travel time gets delayed excessively. It was observed that Assam Rifles on this particular highway have control of every activity of different government departments as all business items are controlled by the said security forces.

Reacting to this concern, MP Ranjan said, "Regarding the AR activities at the particular highway, concrete evidence is needed to solve the problem".

Participants of the seminar highlighted the difficult situation in which the poor labourers and small business communities have fallen into after the onset of COVID-19 pandemic and the subsequent closing down of the border trade.

They also highlighted that many families living below poverty lines, labourers and citizens living on hand-to-mouth existence had left the town and returned to their hometowns. Since Moreh town has no cultivable lands, the citizens of the town survive on trading.

MP RK Ranjan expressed shock on learning that many labourers and families living below the poverty line had left the town, while Thoiba highlighted the role of BTCC during these difficult times and said that BTCC took initiatives to help poor labourers and small business communities during the pandemic.

Several leaders at the seminars also highlighted the need for proper development of infrastructures on water supply schemes and electricity management etc.

Despite the festive season, for the past one month, the streets in Moreh town remained dark as LED street lamps remained off due to a short circuit. It was stated in the seminar that several appeals were made to the department concerned but nothing has been done.

It was further pointed out that due to lack of proper drainage system, the town has been facing difficulties during rainy seasons.

The participants appealed to the state and Central government to arrange a meeting with the Myanmar government and hammer out a way to tackle the COVID-19 pandemic and allow the business to continue in an effective way.

Lilong assembly constituency MLA Y Antas khan said Moreh town has seen little growth or development compared to Tamu town in Myanmar. "To develop our town, cooperation from the public is needed. The local MLA should take more initiatives for the development of the town," he said.

"Sometimes, the central government had tried to call off different projects from the state due to the high demand for compensation from the locals. So, people should have a sacrificing spirit when the government introduces a development project," he said, assuring the people of raising the proposals made by the leaders of Moreh town to Chief Minister N Biren Singh.

MP Ranjan also said the government is keeping a good eye to develop the town as this is the only gateway to the South East Asian countries. He also assured that the different proposals made by the representatives of the town will be discussed with the chief minister and further raised to the Central union minister.

A memorandum was submitted to RK Ranjan by ACODOM concerning different issues and development of the town. The MP also assured of taking up necessary steps.