The only significant activities during his stay in Imphal for a few hours is inauguration of projects initiated by the UPA government, the Left parties contended. 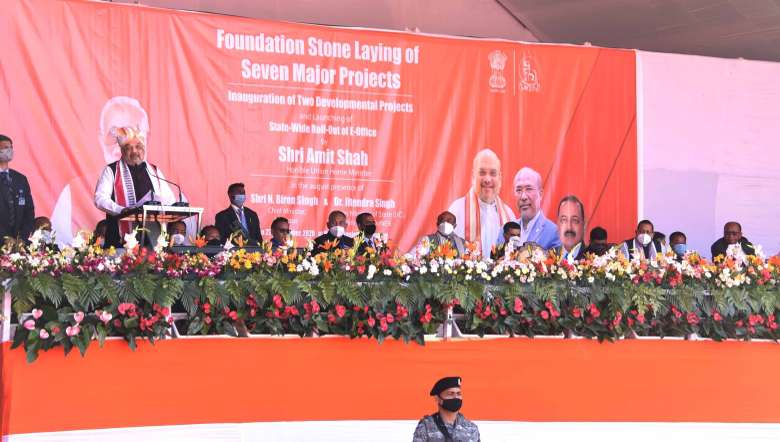 Manipur Left parties have contended that the Union Home Minister Amit Shah’s short visit to Manipur is mainly for carrying out propaganda of BJP and the NDA and only incurred expenses from the state’s exchequer without any benefits to the state.

The Left parties consider the visit as an attempt to sway the people by criticising the former SPF government led by Congress and expressing self-conceited thoughts of BJP, said a joint release issued by CPI (M), CPI, Forward Block and RSP.

The only significant activities during his stay in Imphal for a few hours is inauguration of projects initiated by the UPA and almost completed by SPF, like the Thoubal Multipurpose Project and Bishnupur-Tupul-Thoubal-Kasom Khullen road and foundation laying of already sanctioned seven projects, it stated remarking it unfortunate that Amit Shah and his team did not bring or announce any new project or economic package is unfortunate for Manipur.

It further contended that no prior information was given about the meeting held to discuss burning issues like territorial integrity, special status for Manipur, among others.

While noting that the meeting was held separately with representatives of some of the CVOs, the Left parties expressed hope that follow up activities will be taken in tune with the demand to keep Manipur’s territorial integrity intact and granting special status to Manipur.